Robert Nesta Marley, O.M. (6 February 1945 – 11 May 1981) was a Jamaican singer, songwriter, and musician. Considered one of the pioneers of reggae, his musical career was marked by fusing elements of reggae, ska, and rocksteady, as well as his distinctive vocal and songwriting style. 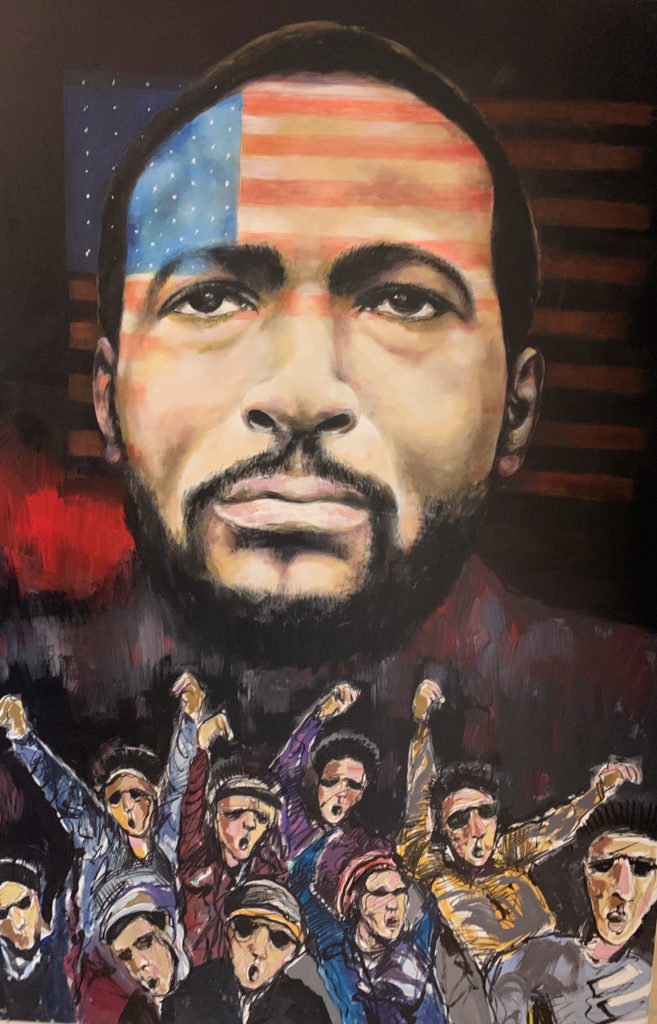 BLACK LIVES MATTER — Generations of soul artists have contributed to the movement through anthemic songs of protest and statement albums that have begun and furthered the conversations addressing racism, violence and disillusionment.

Marvin Gaye was the darling of Motown enjoying dazzling commercial success. Gaye was literally at the top of his game when he decided to drastically switch directions.

Prior to What’s Going On, Gaye’s image was very commercial and safe. He catered to pop radio and embodied the Motown image of that time. He dabbled in jazz but mainly stuck to pop and soul format.

What’s Going On was heavily influenced by Gaye’s personal loss of his duet partner. Also, this record represented a snapshot of the issues plaguing the United States: the Vietnam War, race riots, poverty and hopelessness in the Black Communities, etc. Marvin’s brother Frankie’s return from Vietnam in particular affected the singer in a profound way. It really caused Marvin to take a look at the community around him in Detroit as well as global events. This new direction was almost a revelation for Gaye who had previously been content to stick to safe, hit-making material.

“What’s Going On” was the first soul record to depart from the Malt Shoppe vibe that had dominated the genre prior to this point. It was a “protest” record although Gaye maintained it was a record about love: love of humanity and love for each other. “What’s Going On” also marked the first time that Gaye’s voice was layered: a production accident he chose to use. Even the musicians playing for the record noted that it was not the typical pop material frowned upon by the studio players. (Although a steady paycheck I would imagine.)

COMMISSIONS UNDERTAKEN OF YOUR FAVOURITE MUSICIAN

ANY SIZE, STYLE AND COLOURS

Personalized payment plan put to 6 months with no interest and receive painting upon 25% deposit.