Over the years Paul Ygartua always been drawn to Salvador Dali art. Not only as one of the most predominant 20th century artists but also by his hometown proximity to Cadaqués where Paul paints and is inspired a few weeks every year. 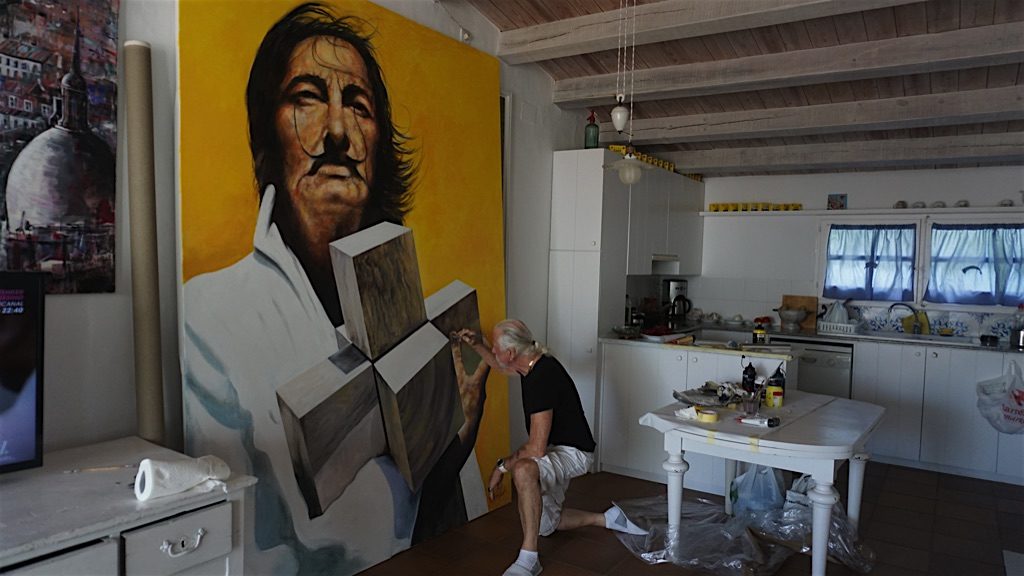 Paul has always been fascinated by Dali’s surrealist portrayal of the “Crucifixion” depicting Christ on a 4D like Cross known as a “polyhedron net of a tesseract”. This is one of his best known paintings from the later periods of his career in 1954.

What draws Paul to this painting is how Dali merges religion and concepts of science together highlighting his belief that they can coexist. “When I came across the photo of Dali holding the cross by Francesc: Catala-Roca taken in 1951, I immediately was inspired to paint this portrait and capture the energy in this image. Using acrylic on canvas as my medium, I wanted it to create a large vibrant portrait bringing the fantastic image to life.