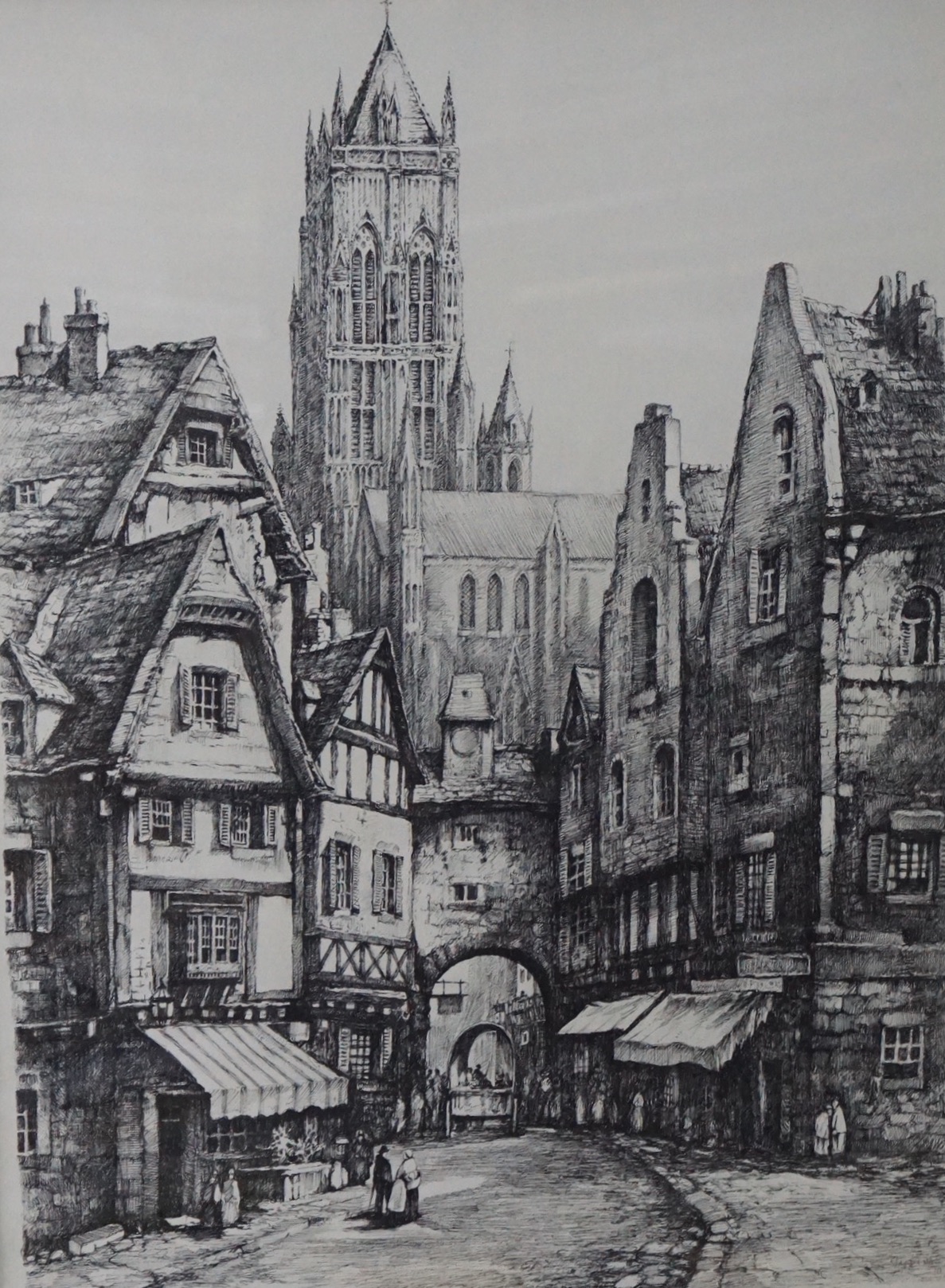 Ygartua did a variety of work in the 7O’s, many different mediums and styles –experimenting all the time– from oils on canvas, to pen and ink studies, to his Francisco style. Impossible to show all the styles and all the directions, just a few below to show his architectural ability with pen and ink studies. The most fascinating were his historical renderings from Italy – always inspired by the architecture of the previous centuries. He did few sketches in the 7O’s as he then started with oils and other mediums. His subject matter in 1974 changed to the North American Natives and since then he has continued his lifelong study on the First People of the World until present day.His subject matter also included scenes, music themes and studies in surrealism, cubism, realism. etc. The first scene above is Gent, Belgium, then a mixture of countries and important cities —  Rome, Mexico City, Spain and France. 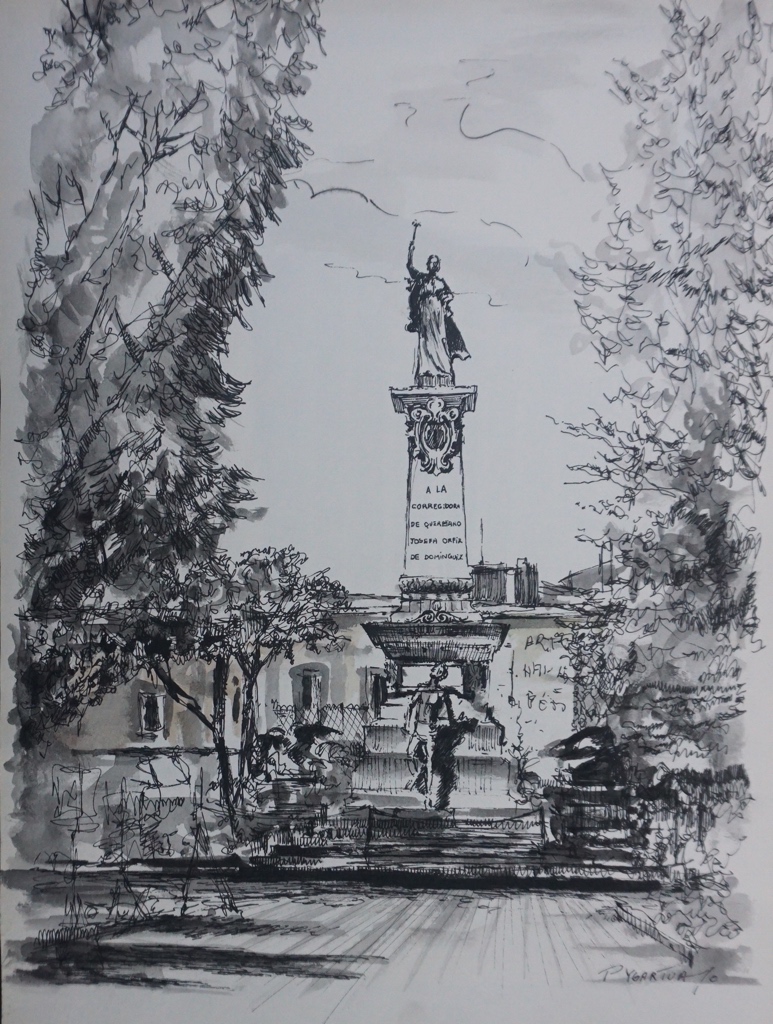 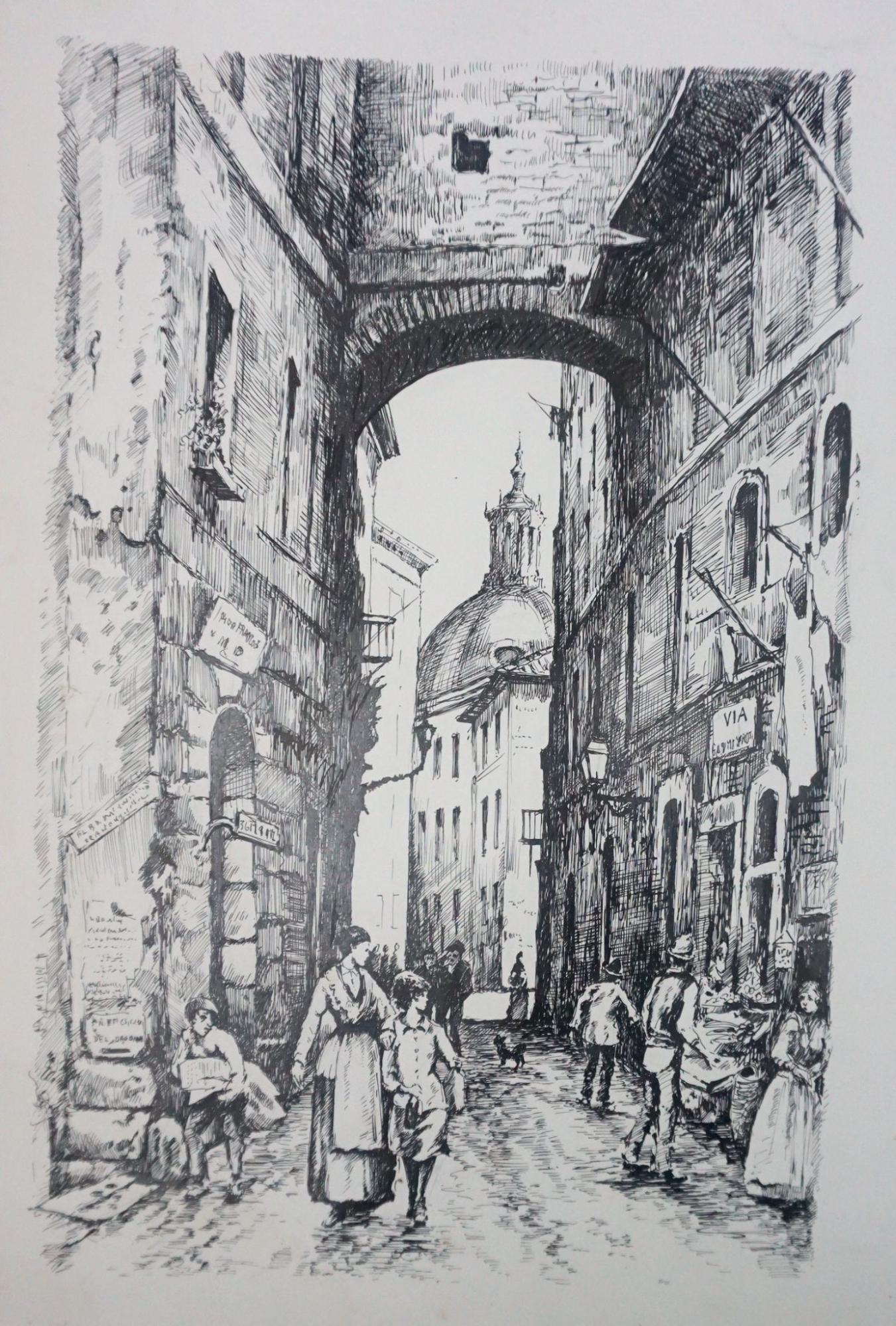 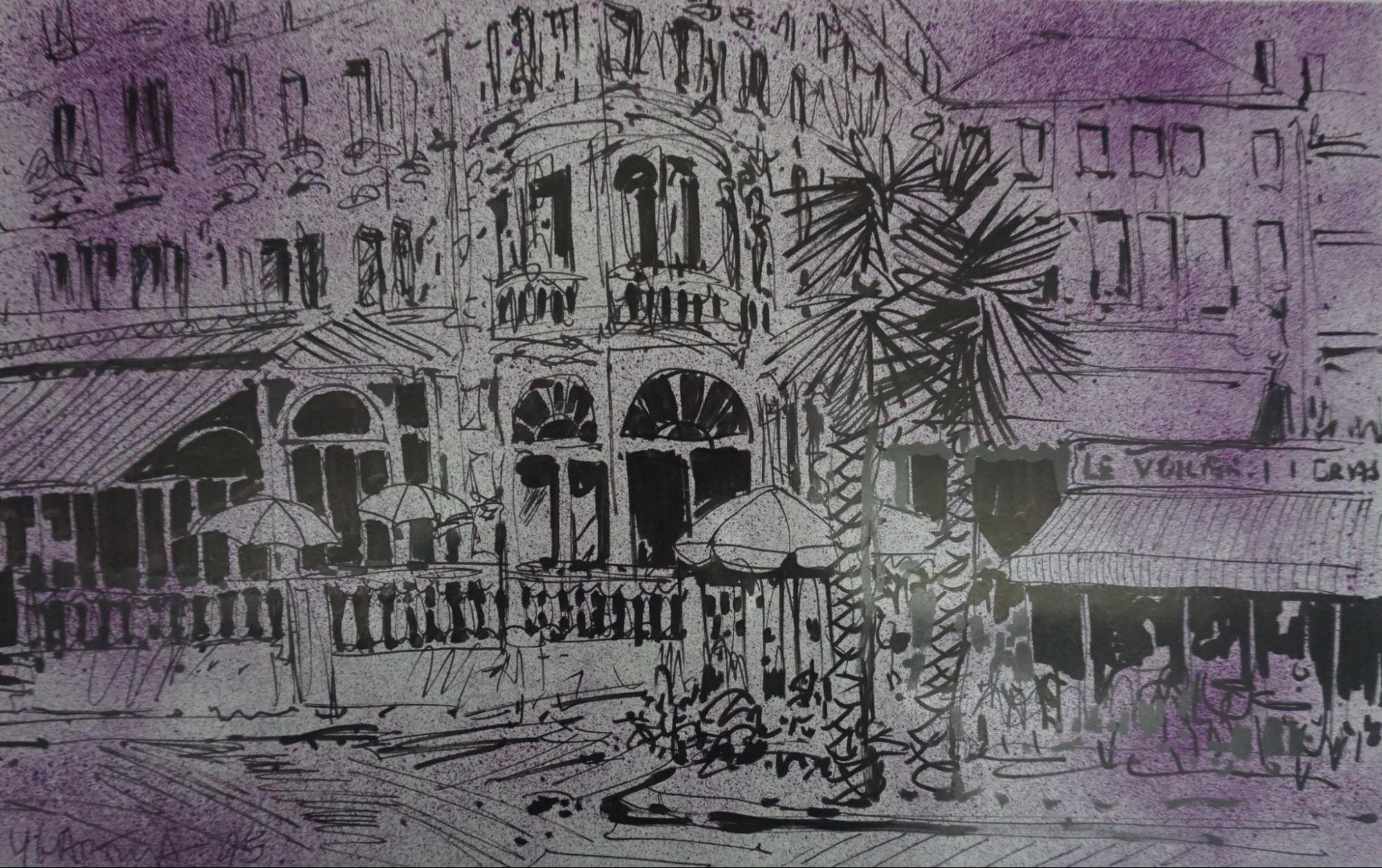 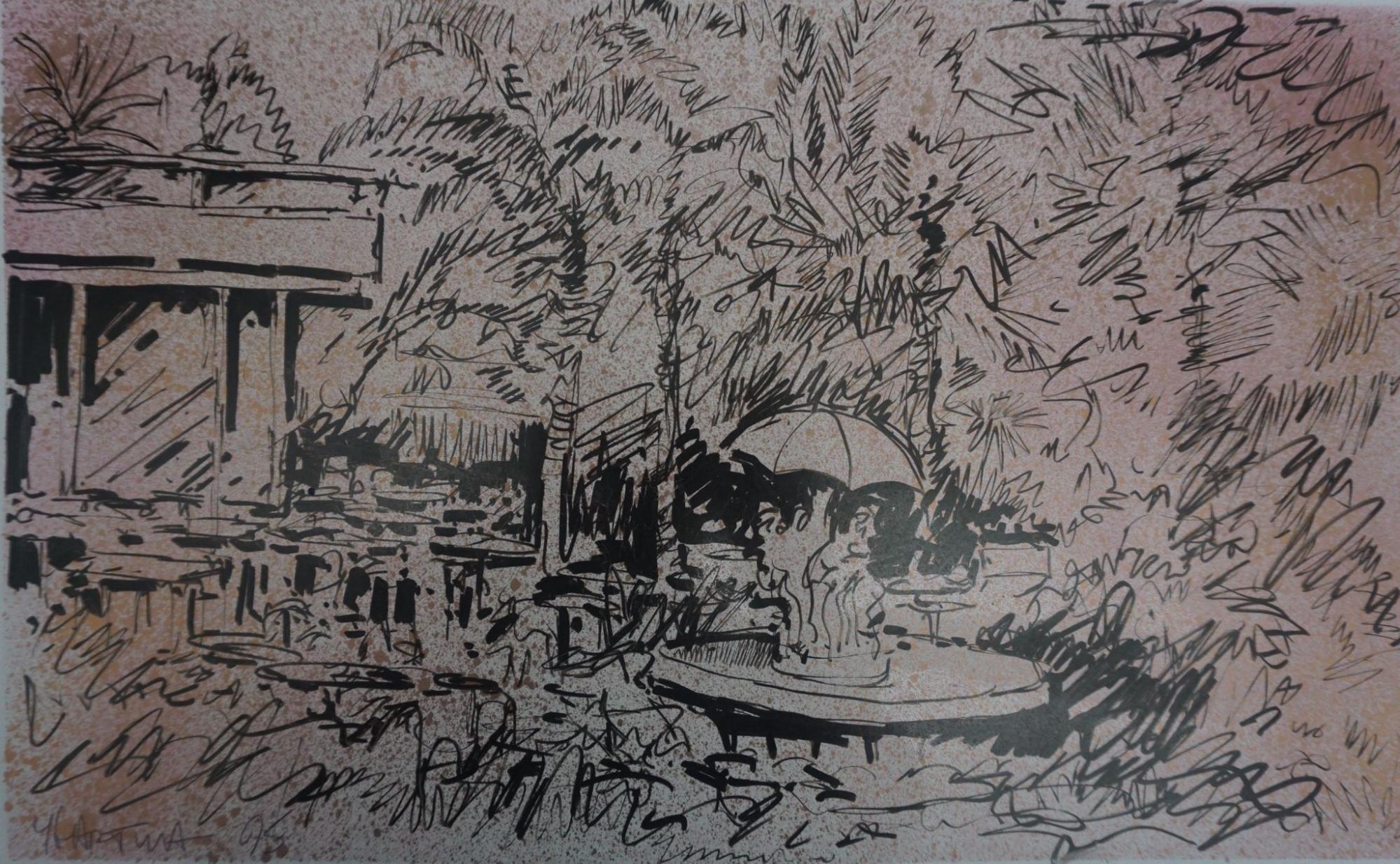 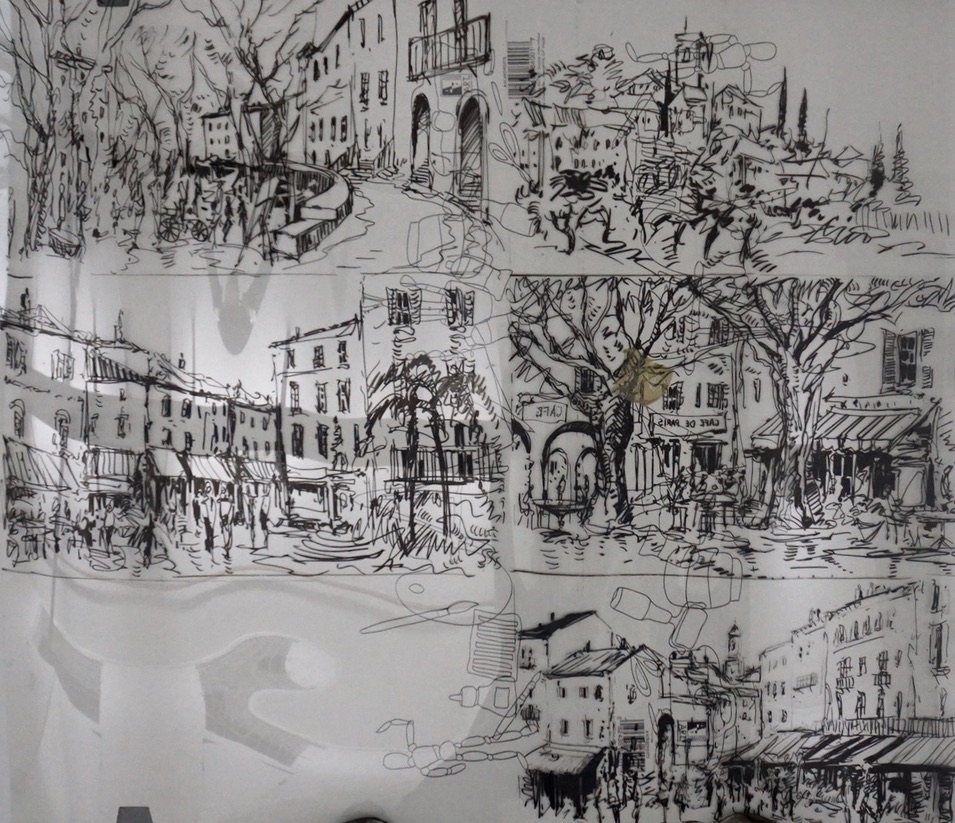 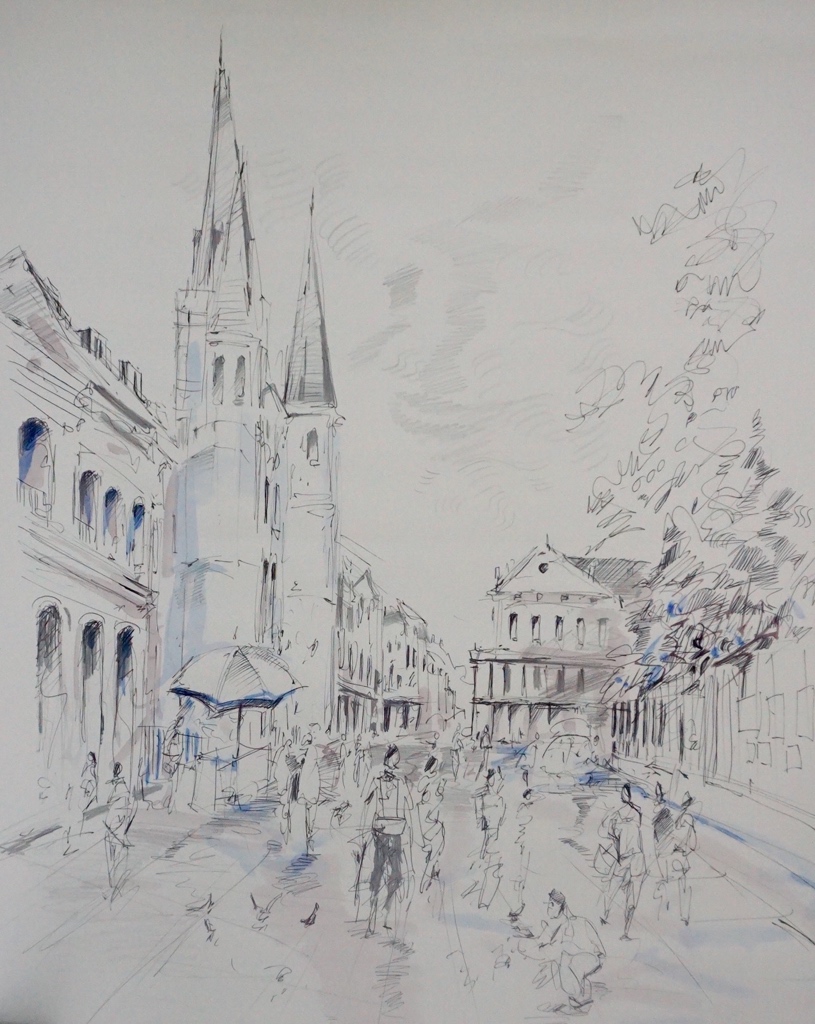 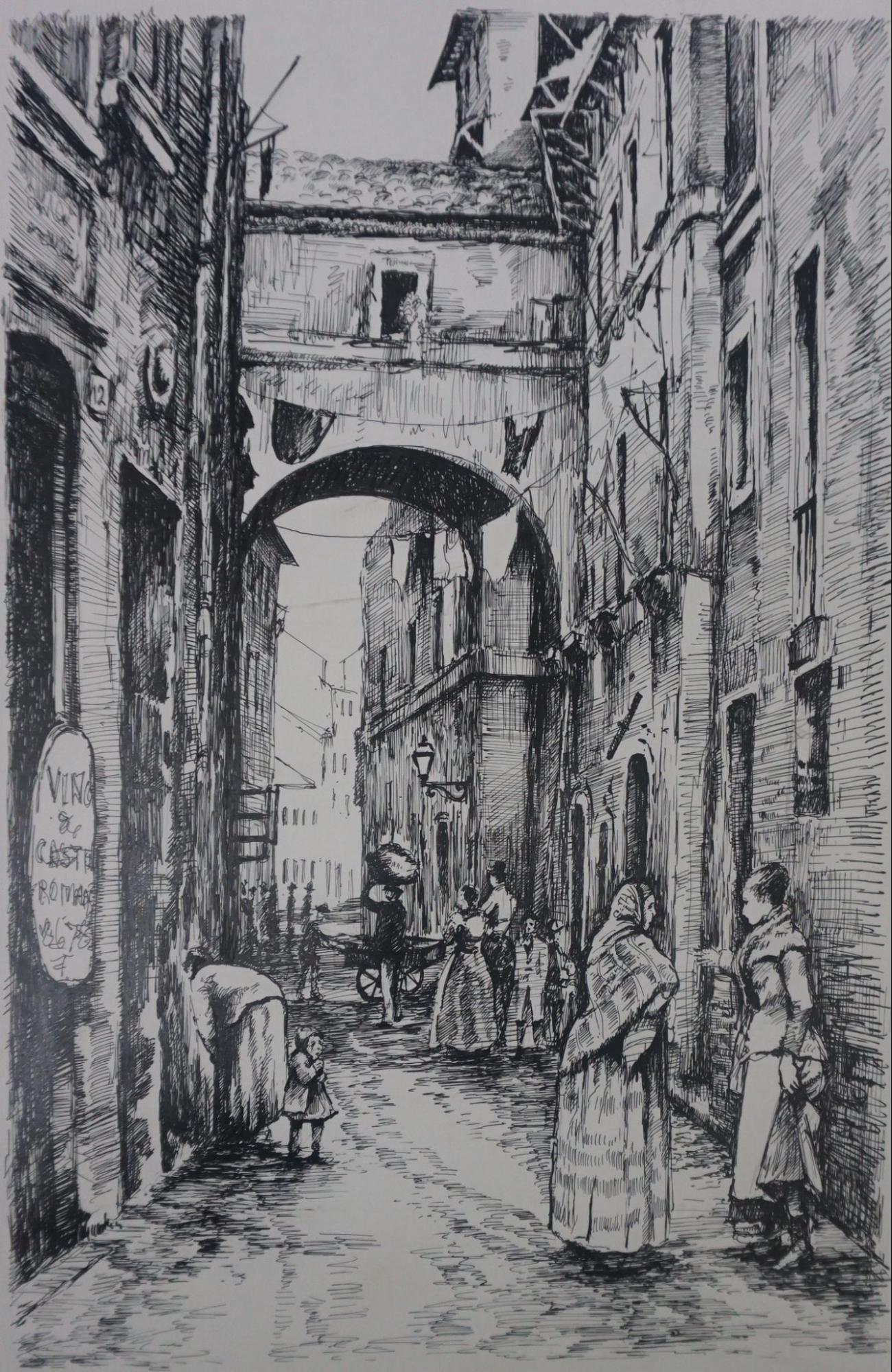 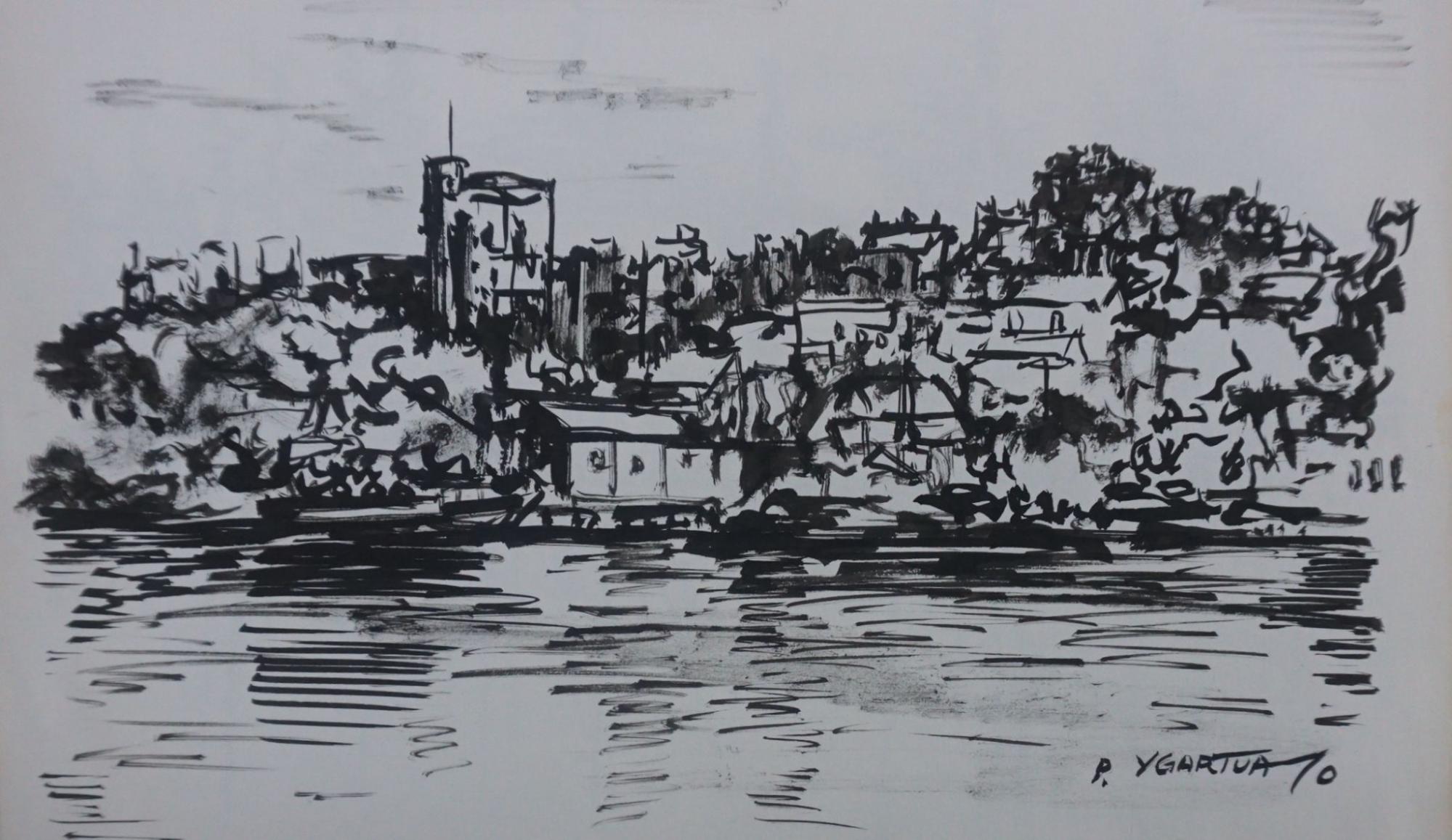 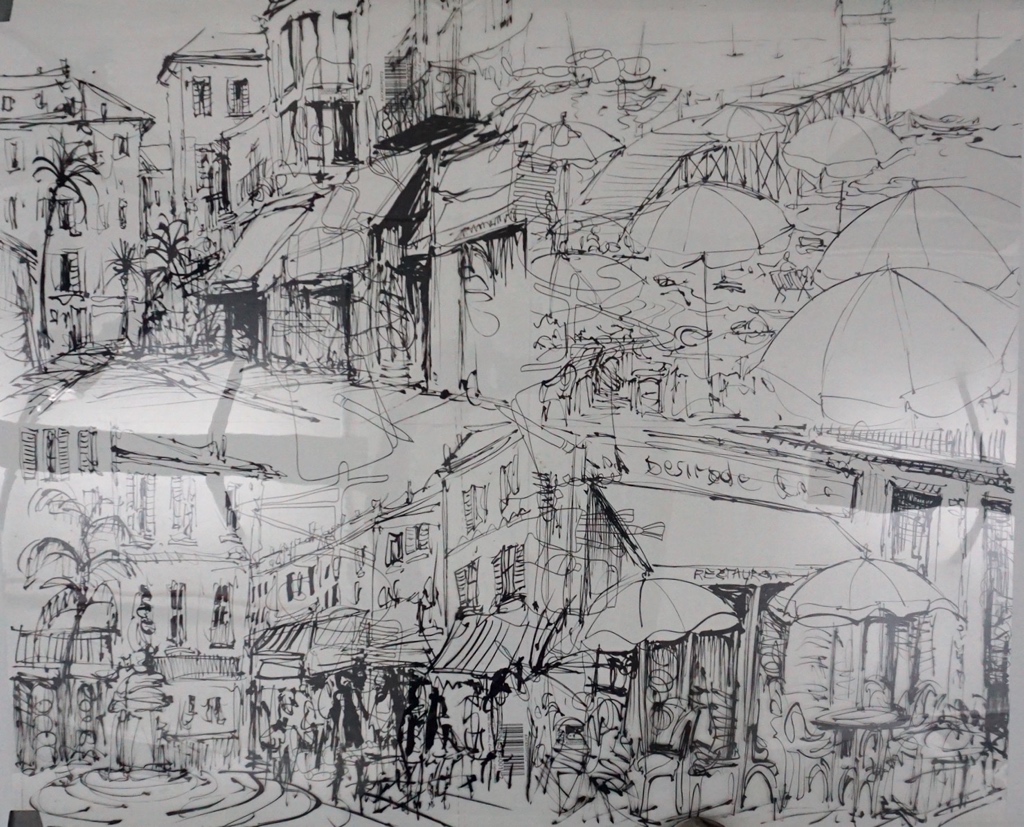 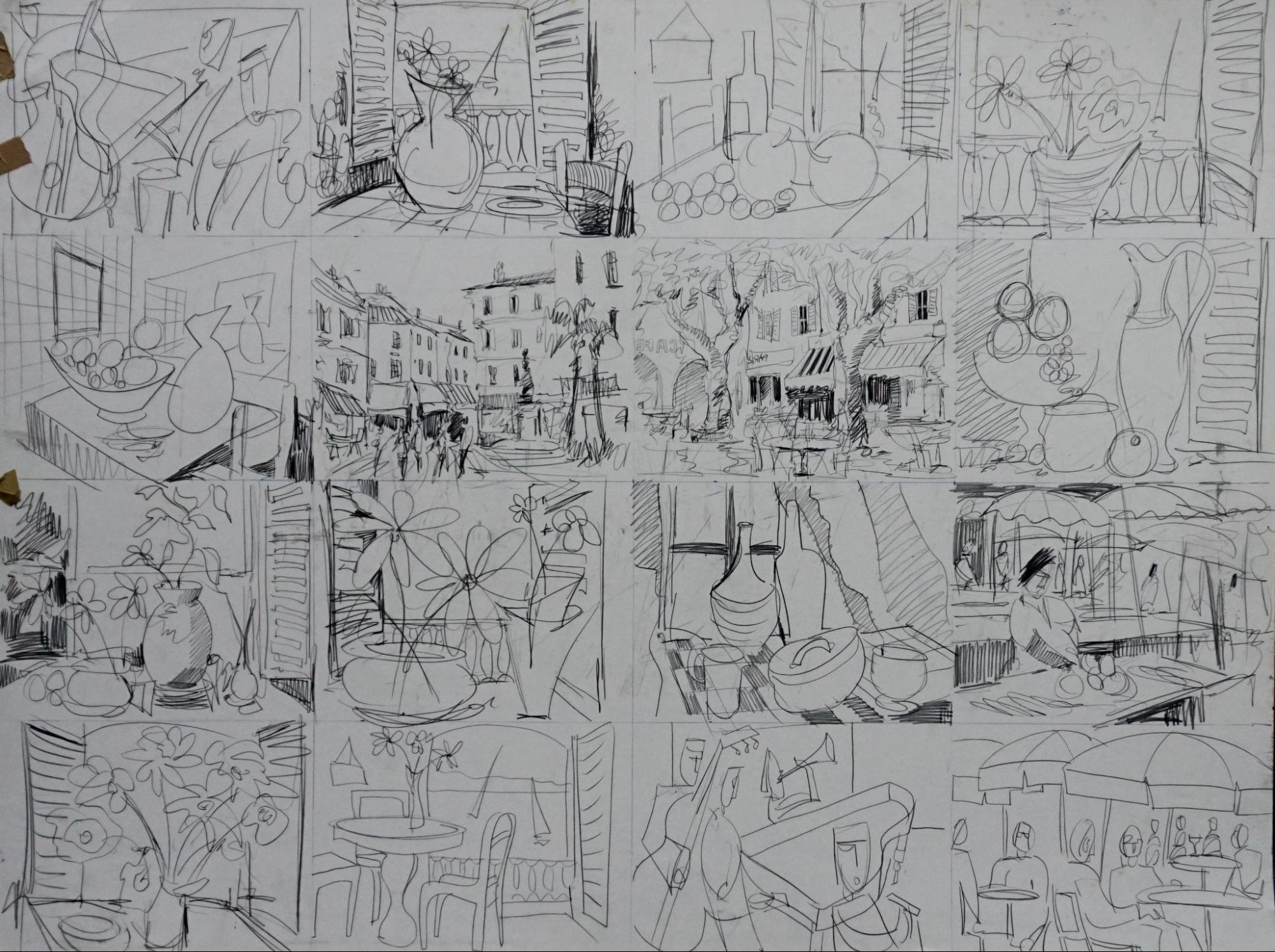 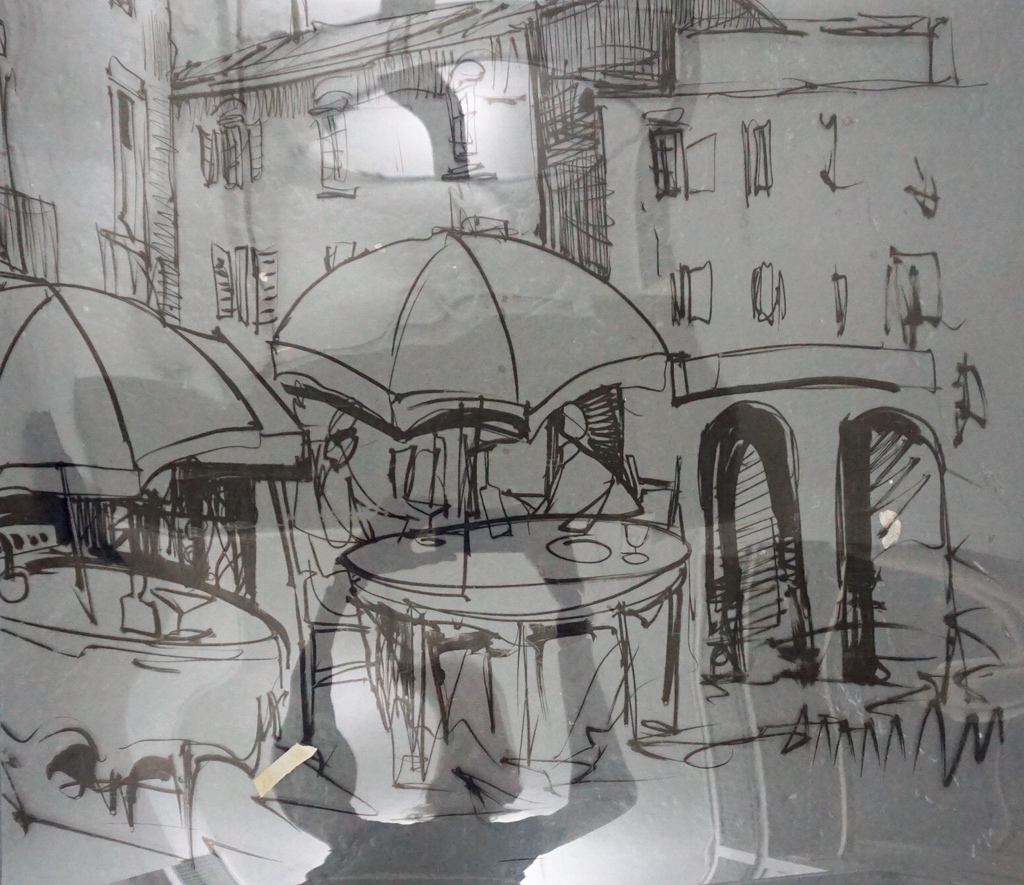 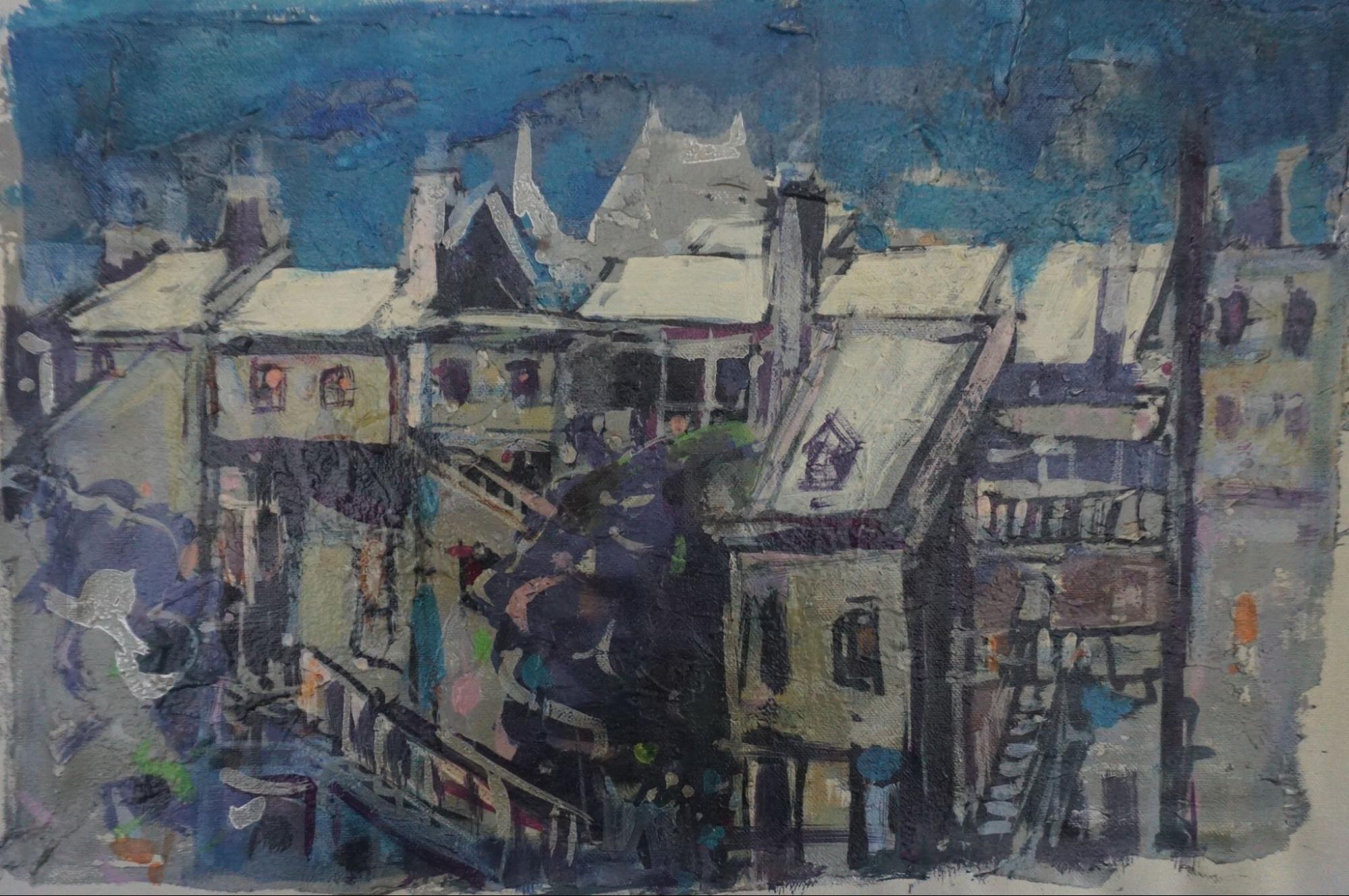 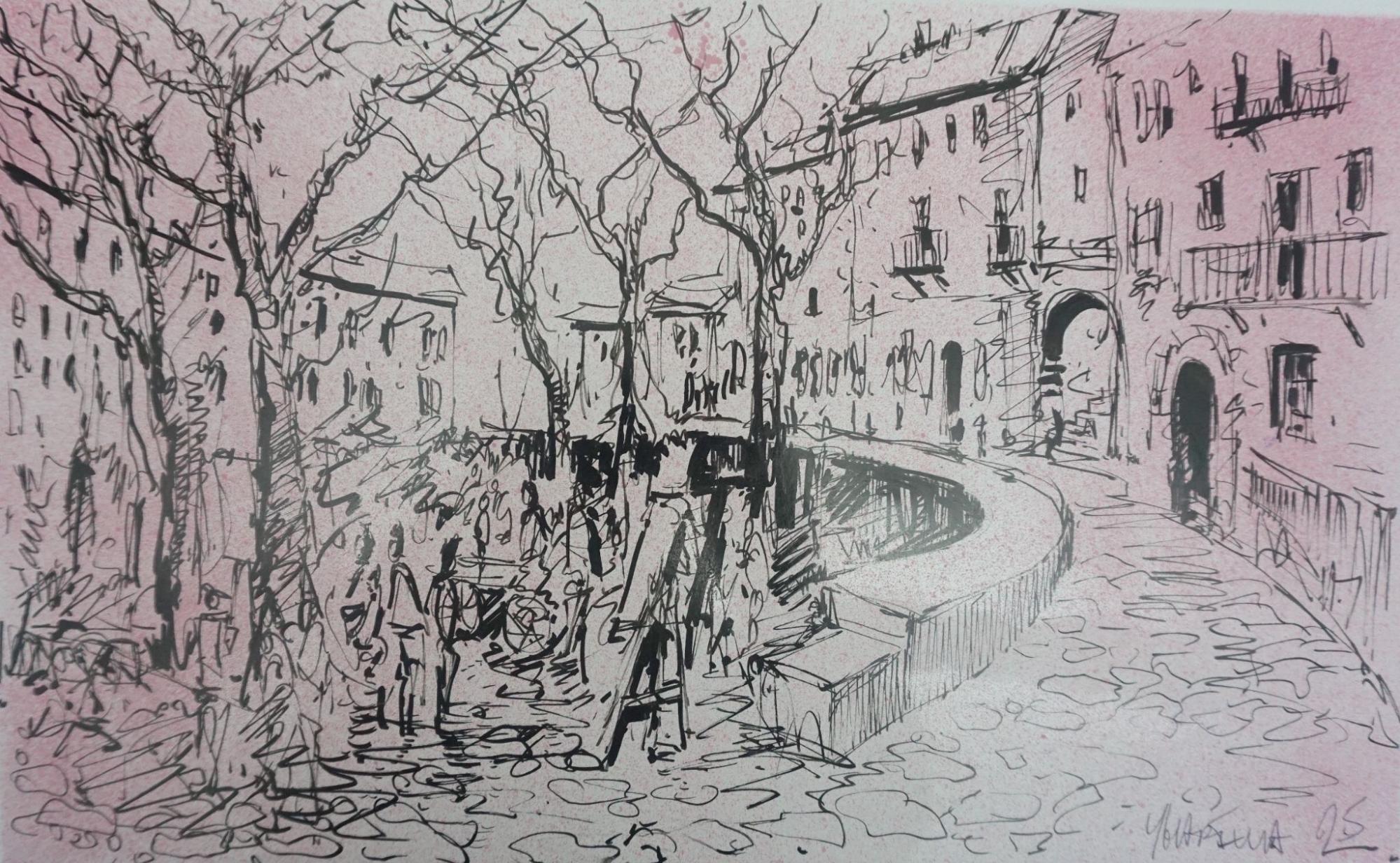