YGARTUA did a variety of subjects with a surrealistic feel, even the nudes were mysterious and earthy and very quickly executed. The dismembered bodies with the beer glasses was his painting called IRA, the bombing in the 7O’s of a pub in Birmingham, England. He heard about this on the news when living in Paris in 1974 and the next day he painted this gruesome scene.

The Thinker was fascinating with the looming figure of a female overlooking the Thinker,  depicting the Power and the Wrath of a Woman.

The figure of the Guardia Civile during Franco’s Era – when we lived in the Basque Country and Spain– it was a subject that Paul often painted..

Throughout Paul’s career you will find music – in many forms, from his Music Icons to his Celestial Players and his Surrealistic Music Groups. 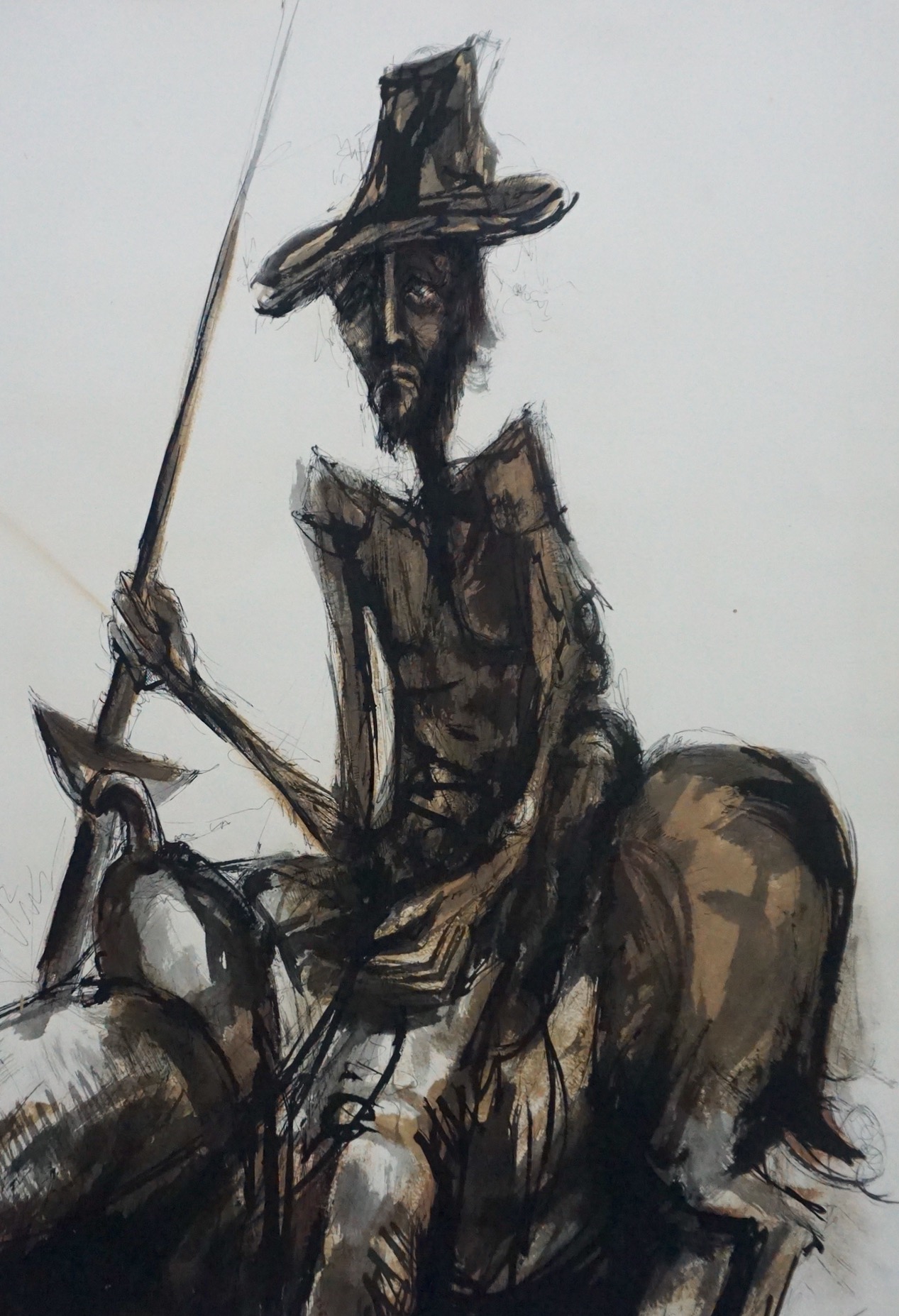 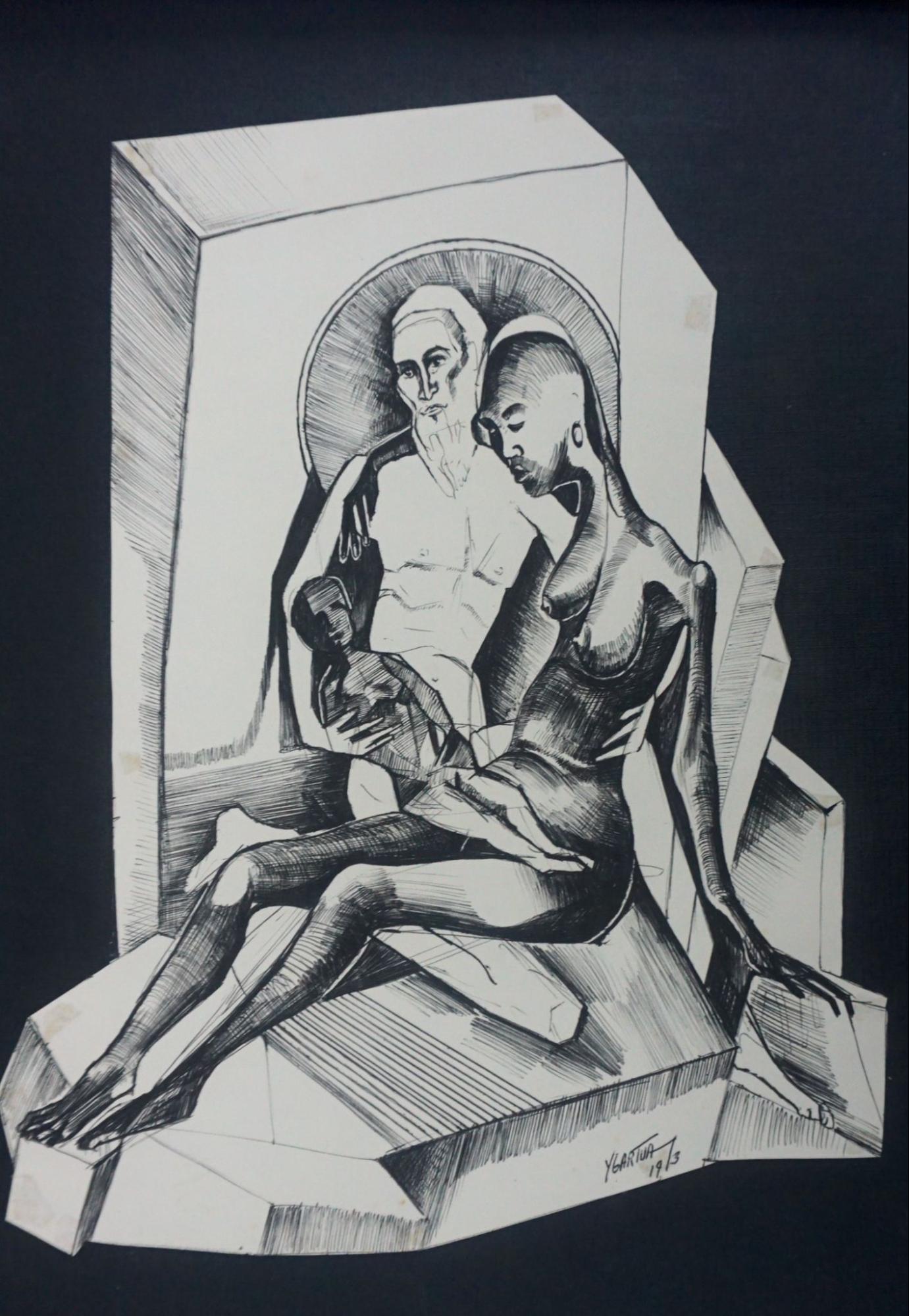 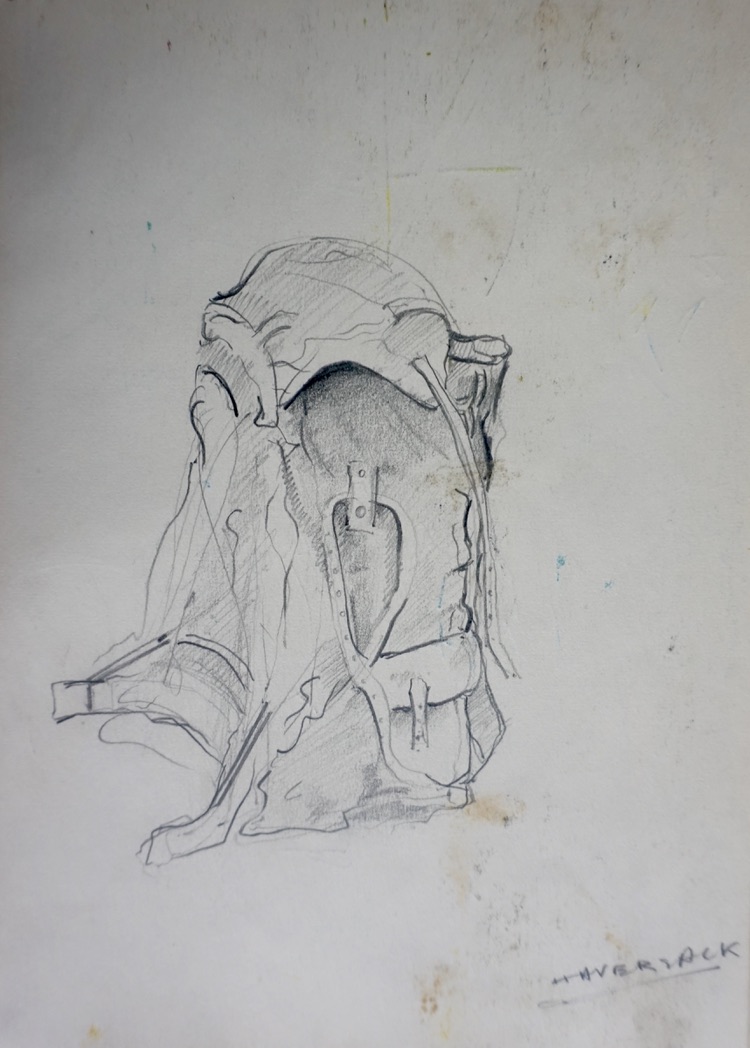 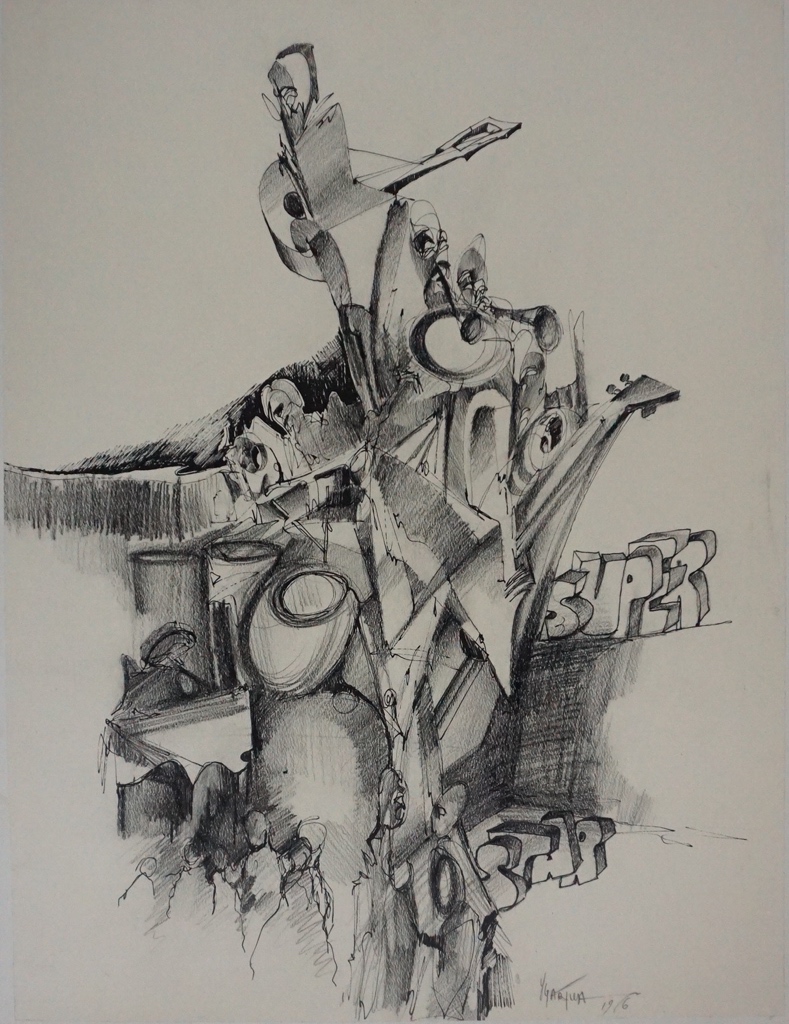 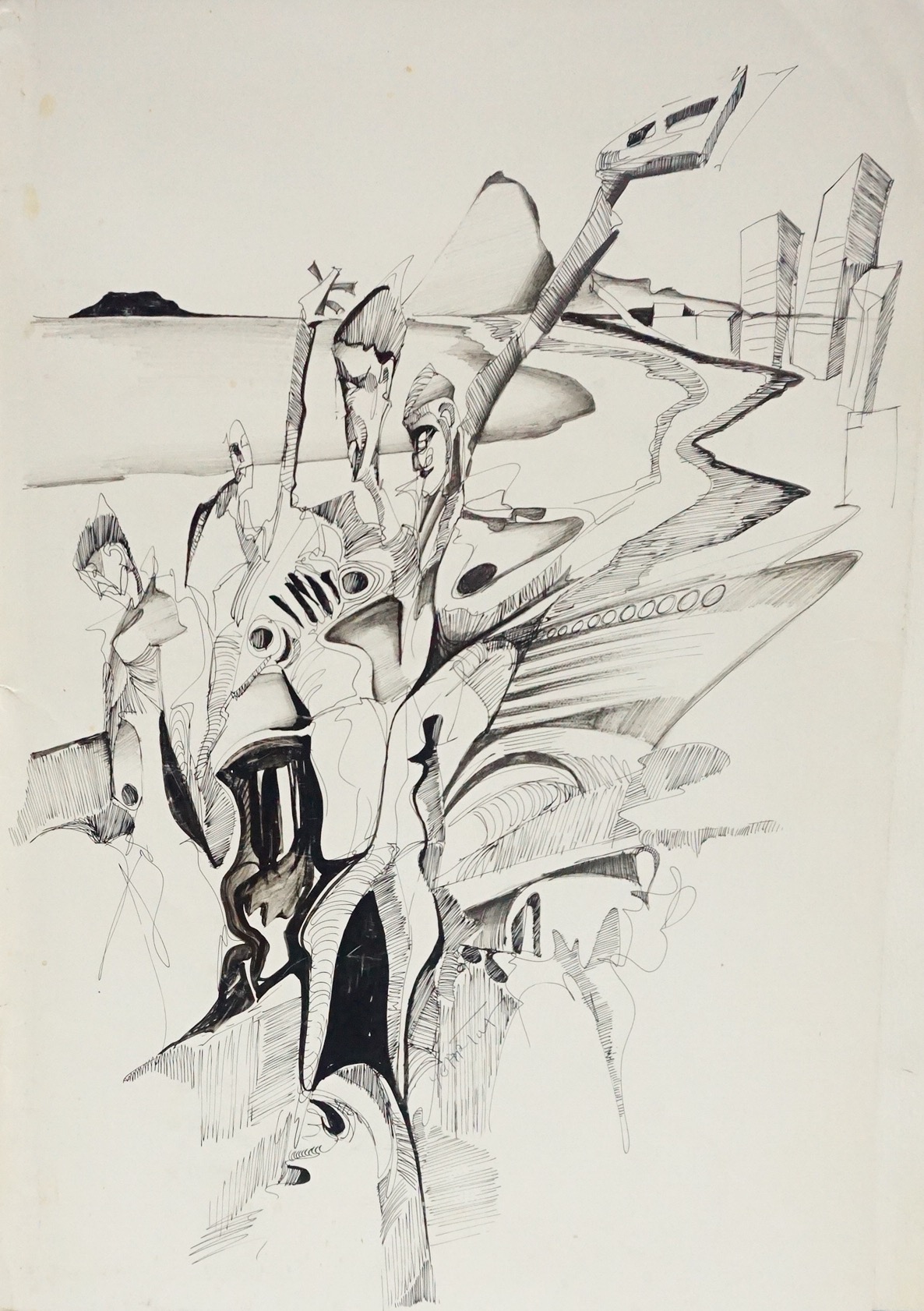 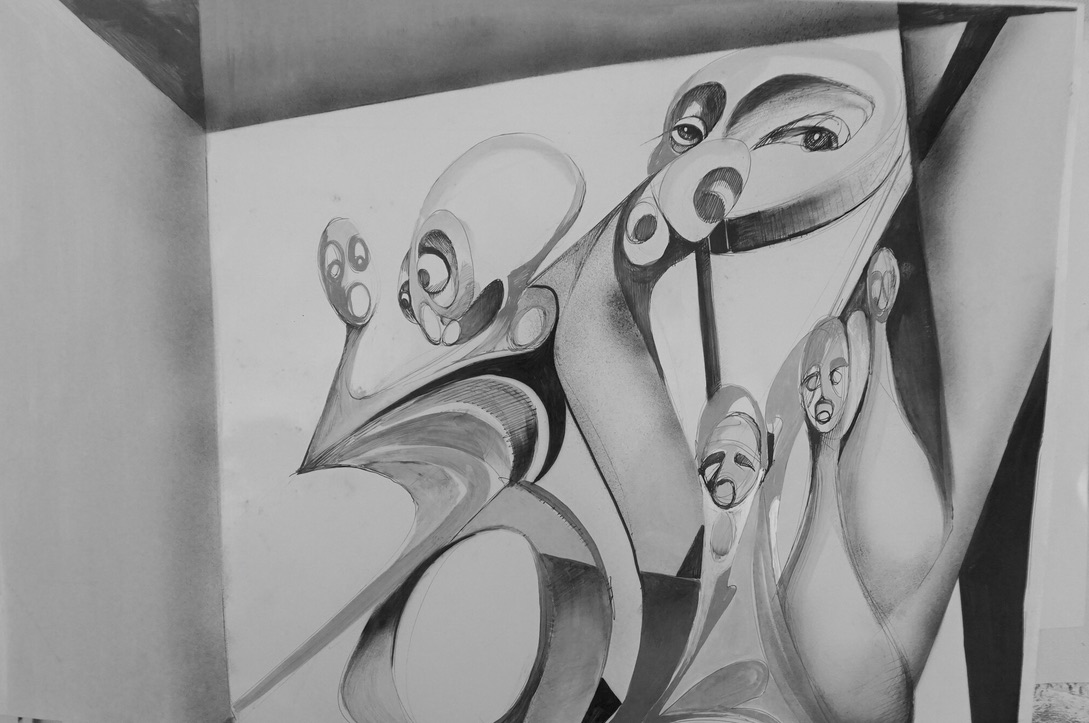 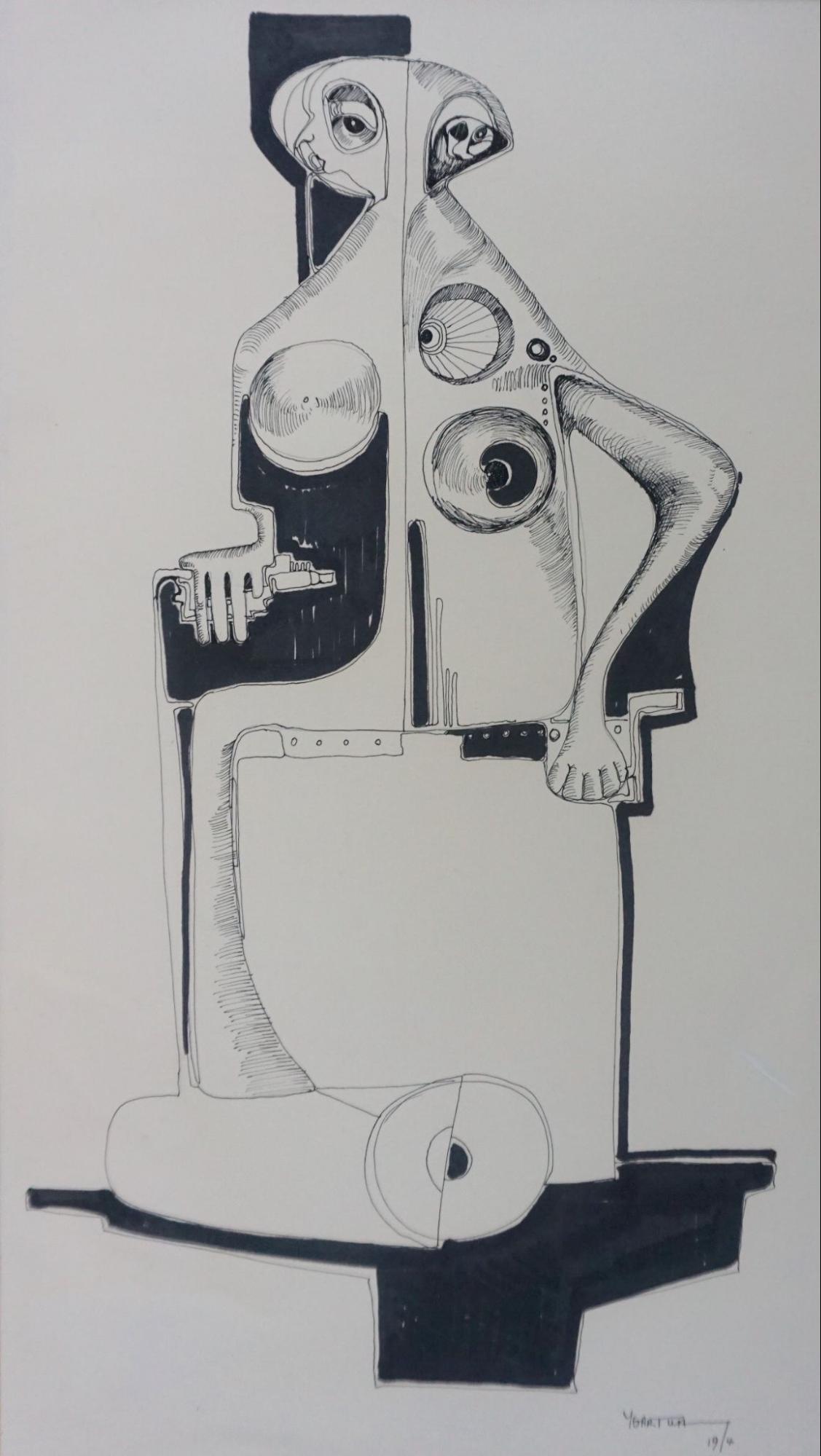 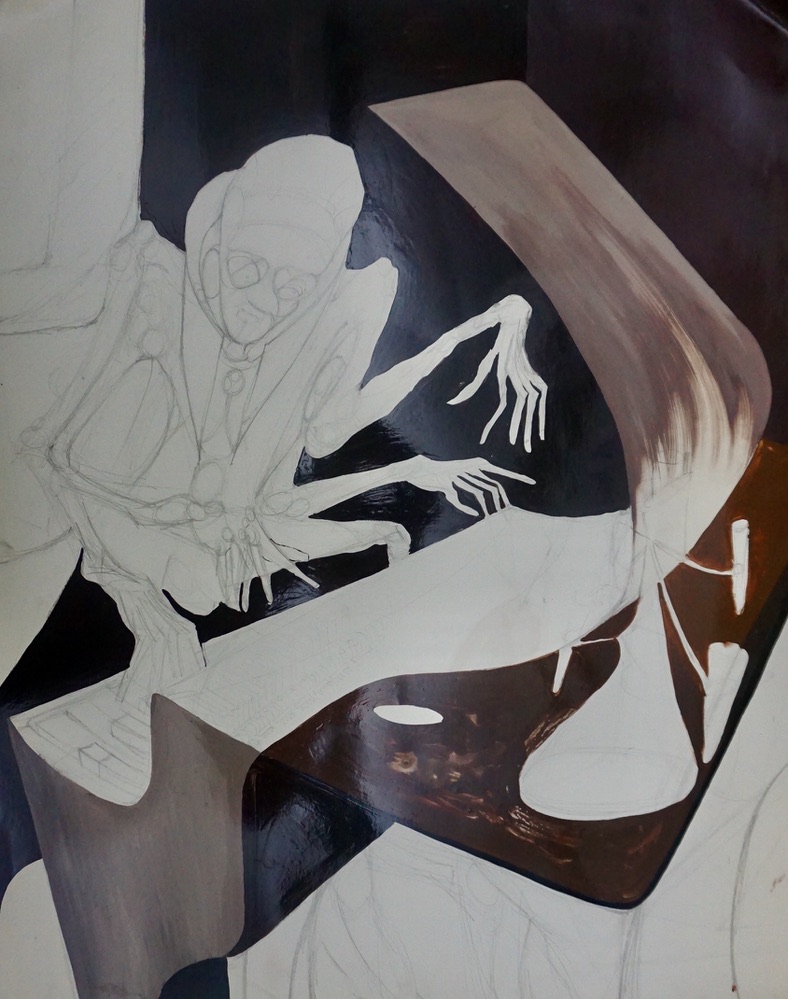 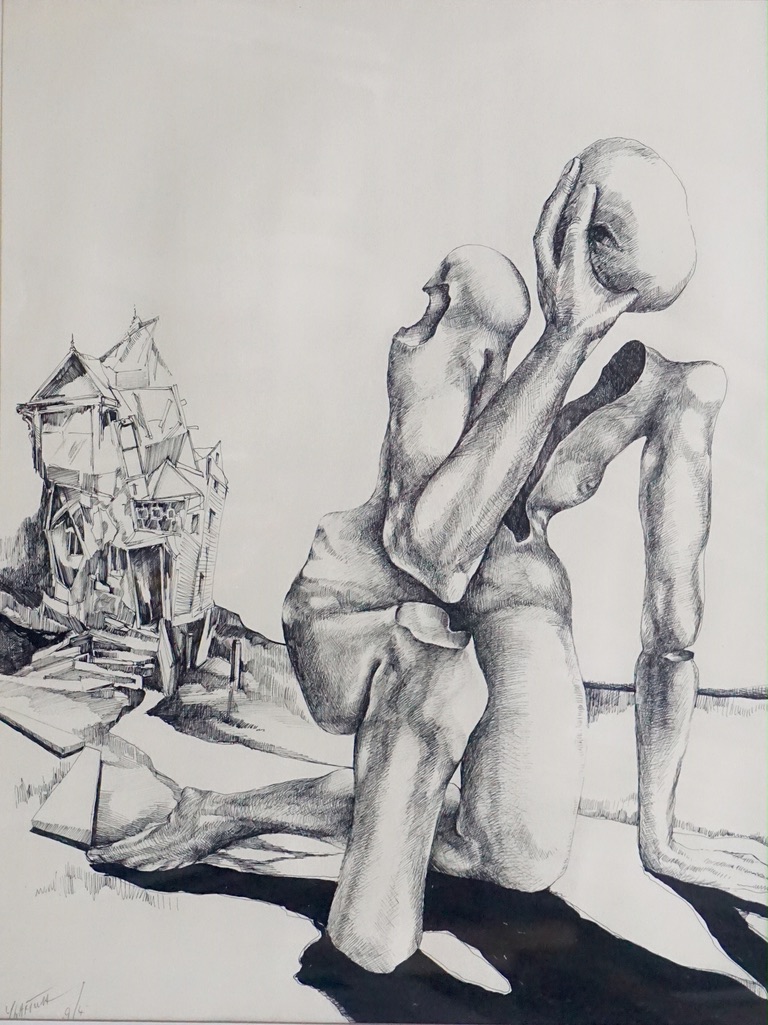 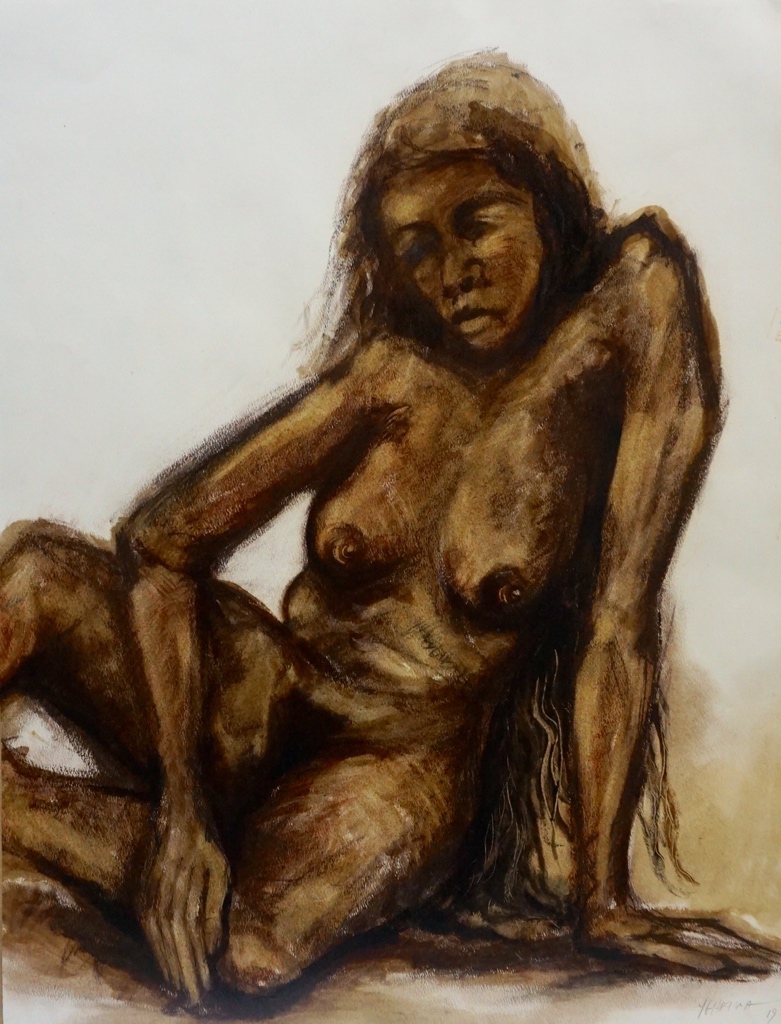 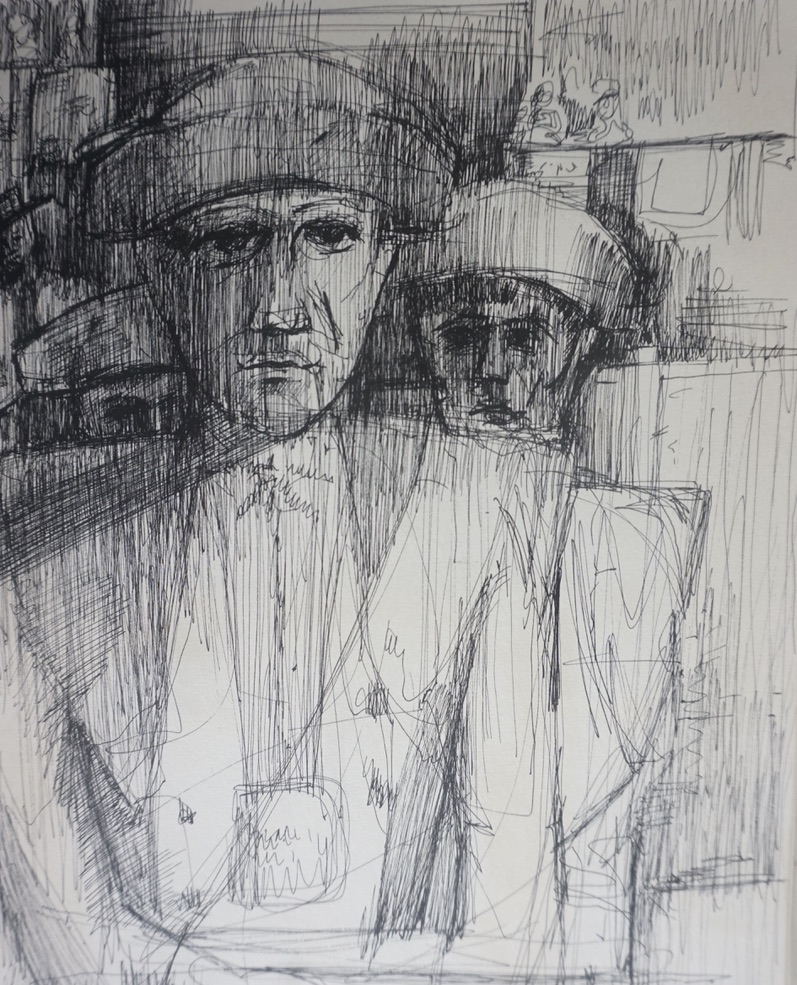 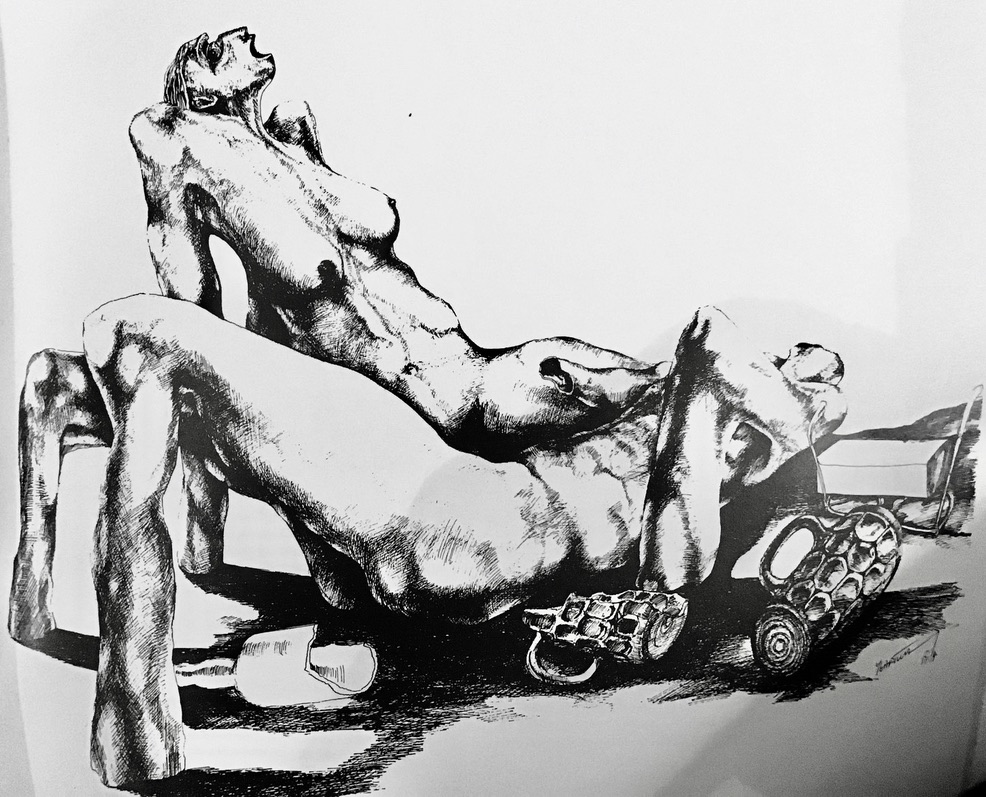 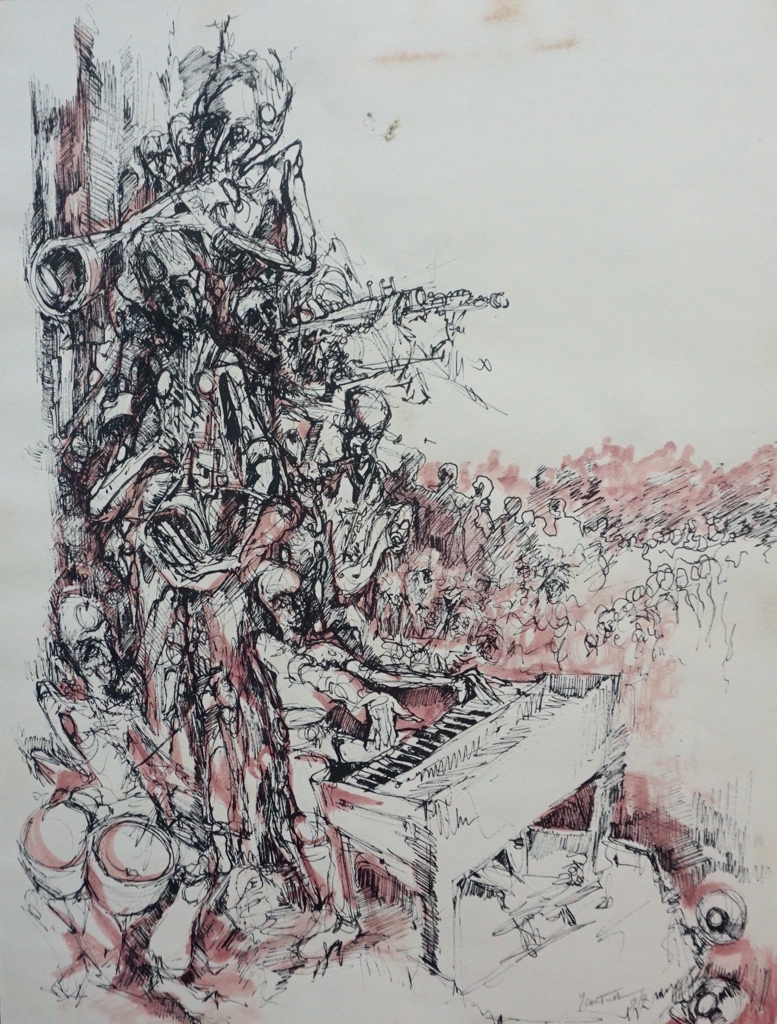 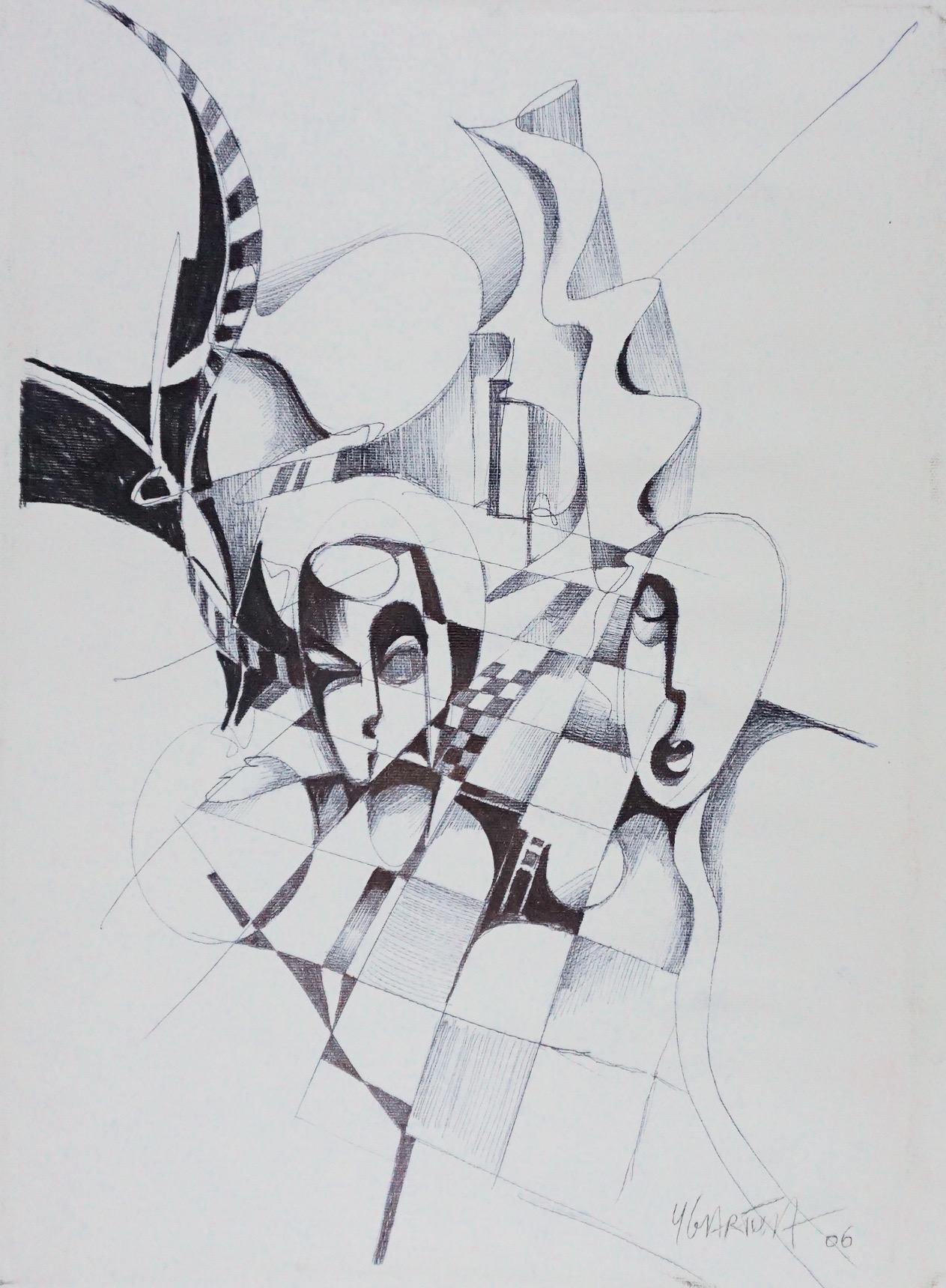 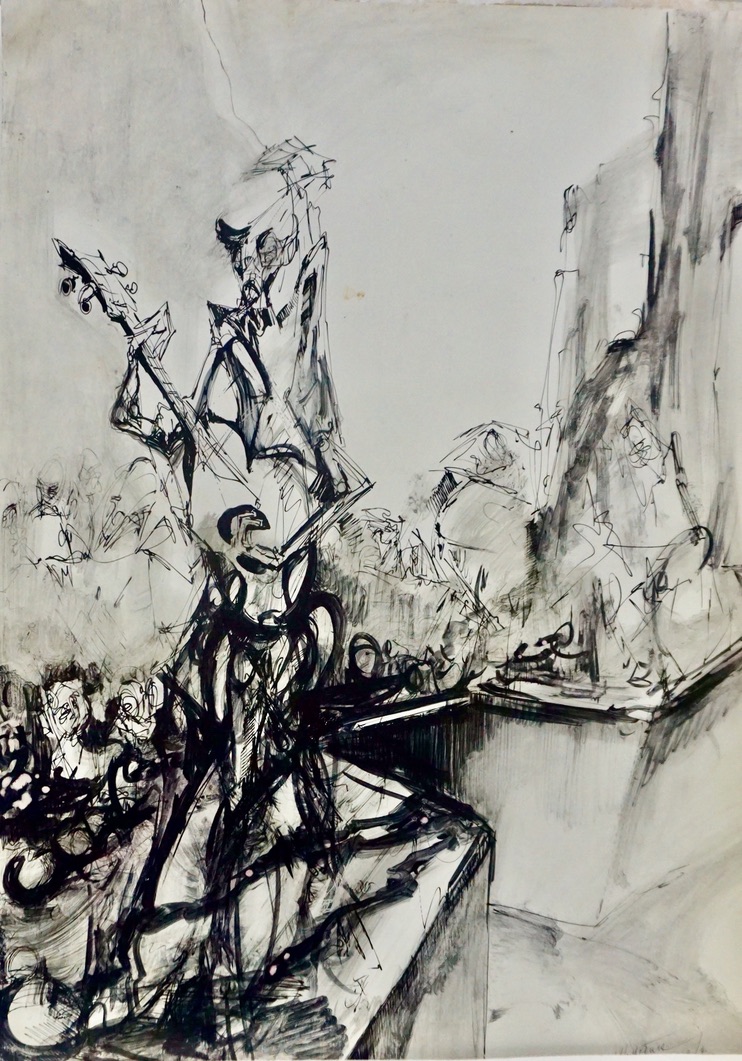