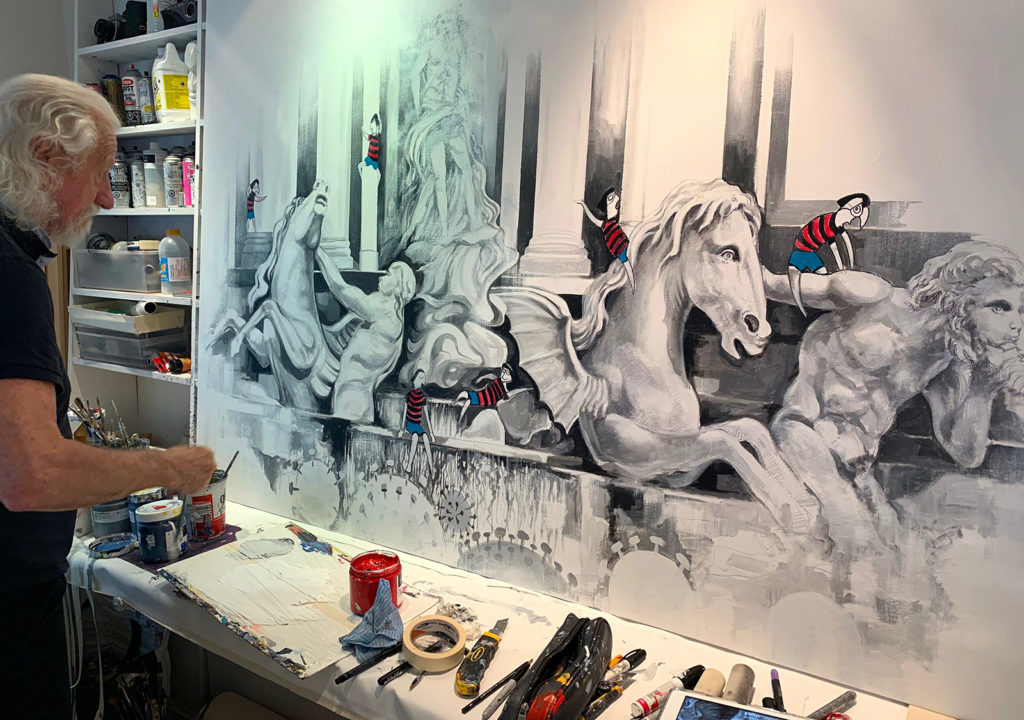 It is elusive and unpredictable, yet it will be defeated–We Will Overcome, We Will be Victorious

Ygartua takes you on a journey to the imaginary global kingdom of COVID-19.  He envisages the Coronavirus with team mates (similar to that of the pilot fish that help the shark) spreading this dreaded virus from one city to the next.

We have a predator that came from the depths of the cosmos and took over the order of man.We are its prisoners. The Predator is our lord and master. It has rendered us helpless. It is out there, like soldiers free to travel the world, but they will soon meet their fate, intervention will be upon them.

Ygartua’s whimsical approach highlights the volatility, the unpredictable manner how this virus conducts itself—changeable, volatile, erratic and elusive. He portrays the virus in all our cities of the world–from the Trevi Fountain in Rome, to Notre Dame with the Gargoyles in Paris, Gaudi in Barcelona, St. Basil’s Cathedral in Moscow, Time Square, New York, Piccadilly Circus, London..

In a globally-connected world, we are obligated to each other to find a solution, to share our discoveries and work together to conquer this unbelievable, unimaginable beast.

To all our doctors, nurses, healthcare workers and all our essential workers out there, we appreciate you and thank you.

“In the midst of chaos, there is also opportunity”


“Nothing in life is to be feared, it is only to be understood. Now is the time to understand more, so that we may fear less”  Marie Curie“Dawn comes after the darkness” Lisa Wingate 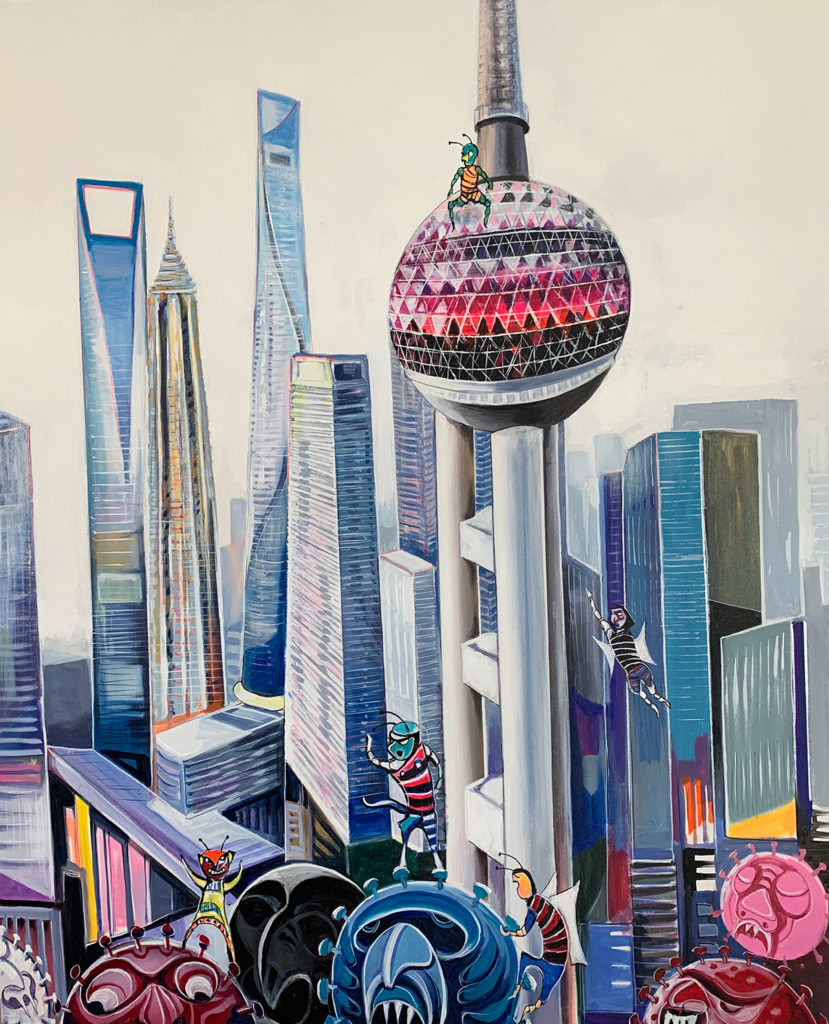 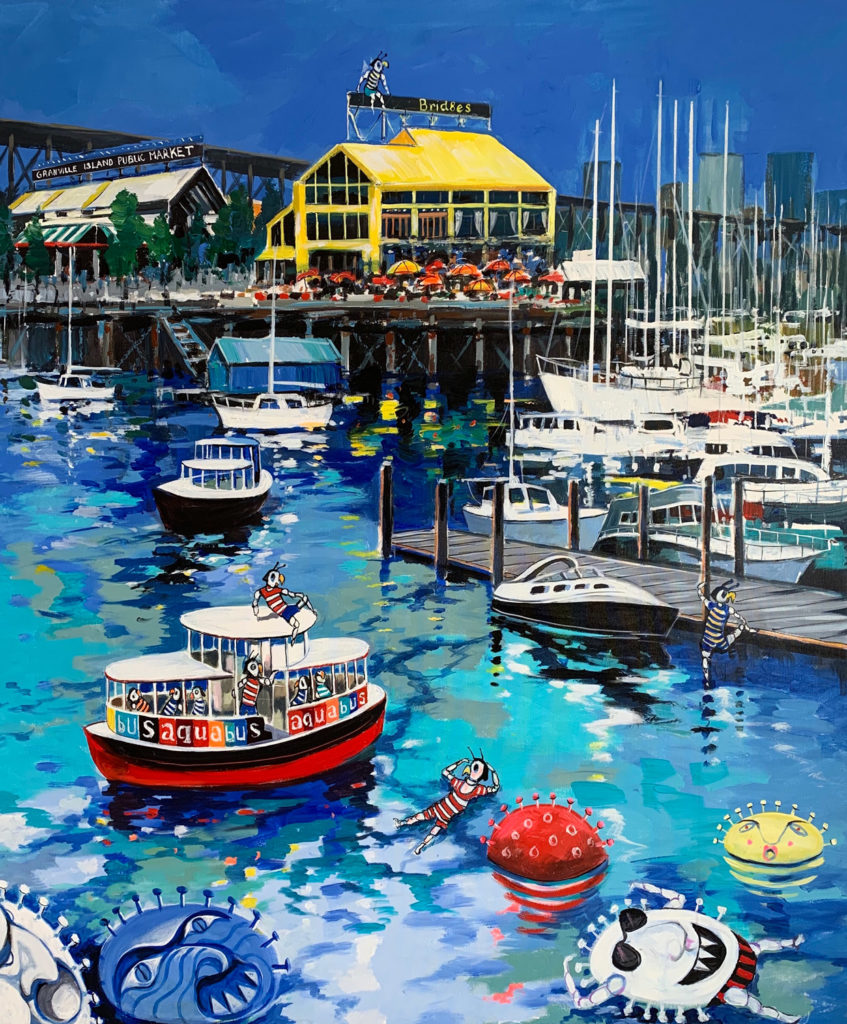 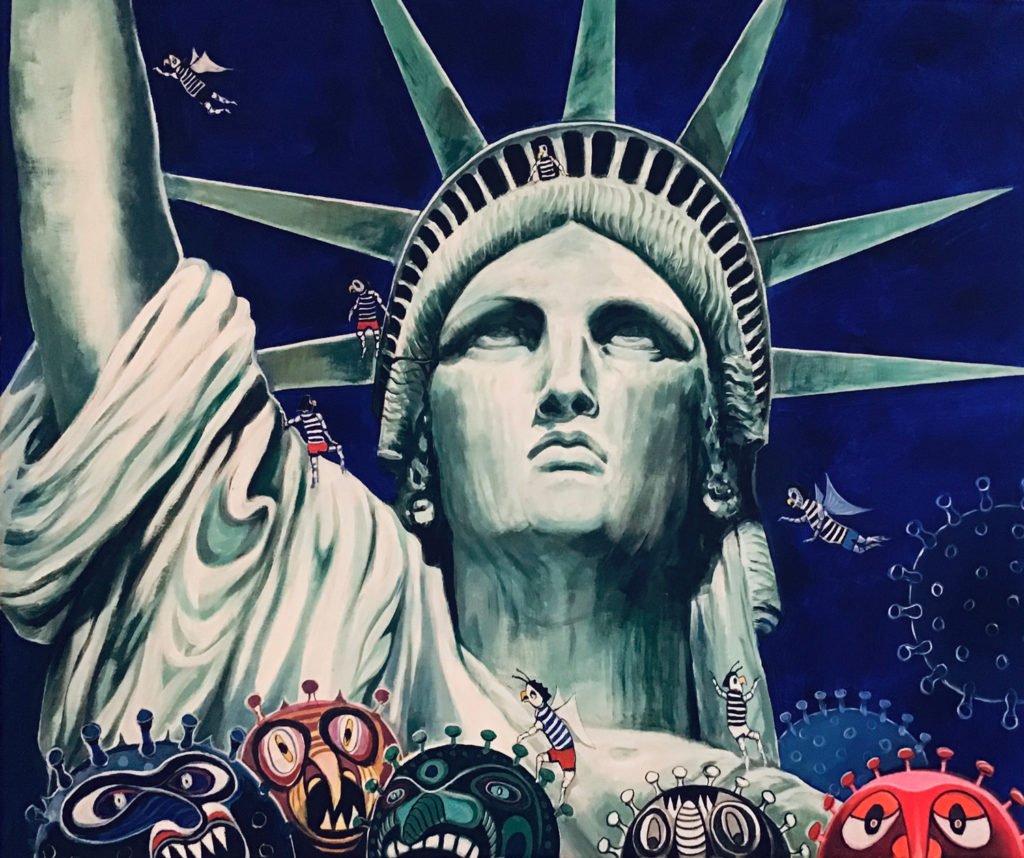 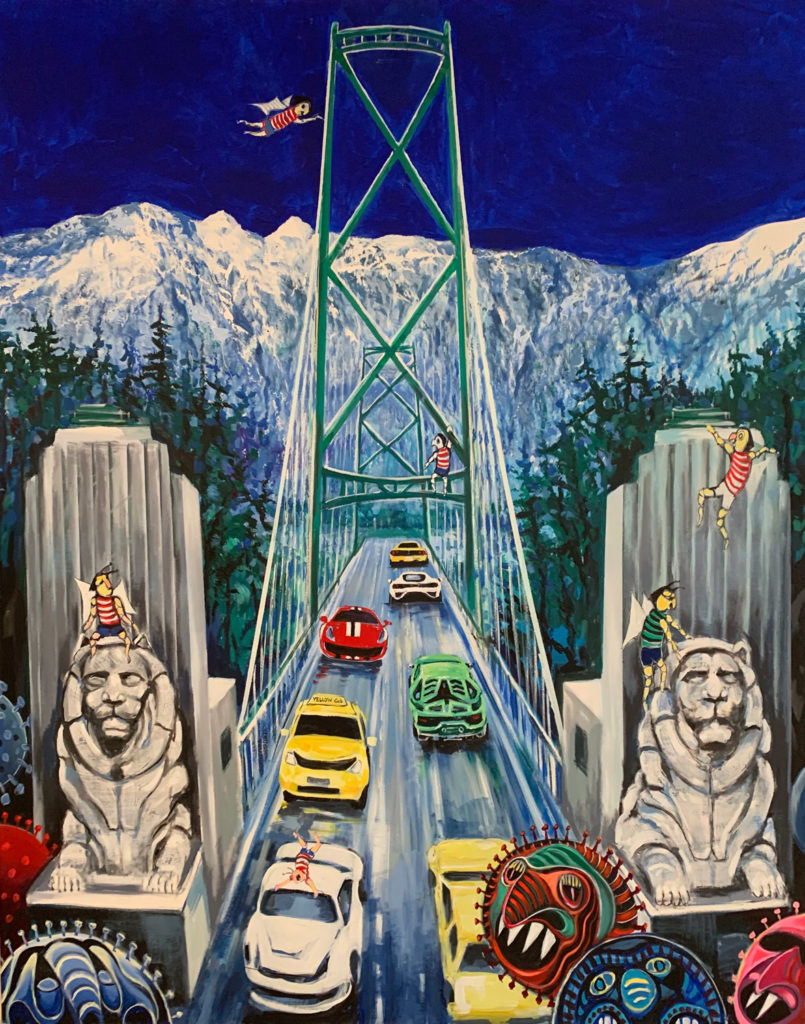 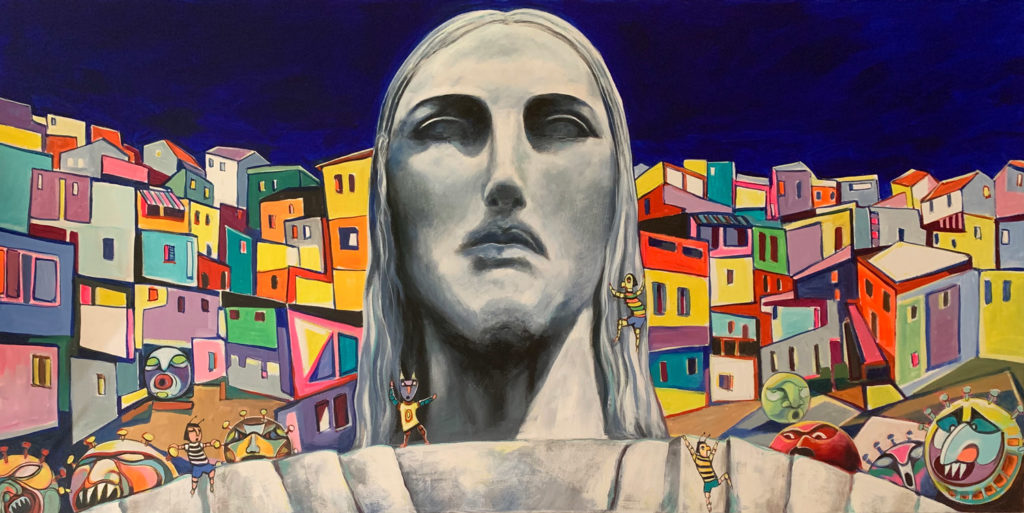 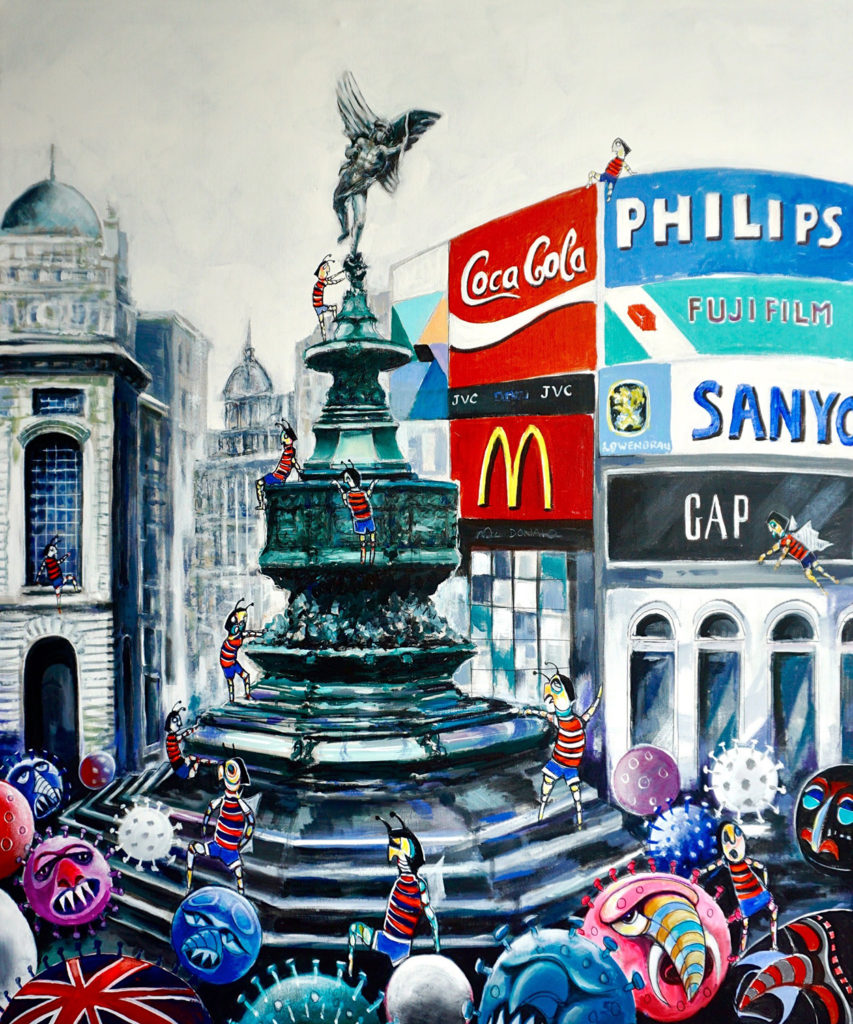 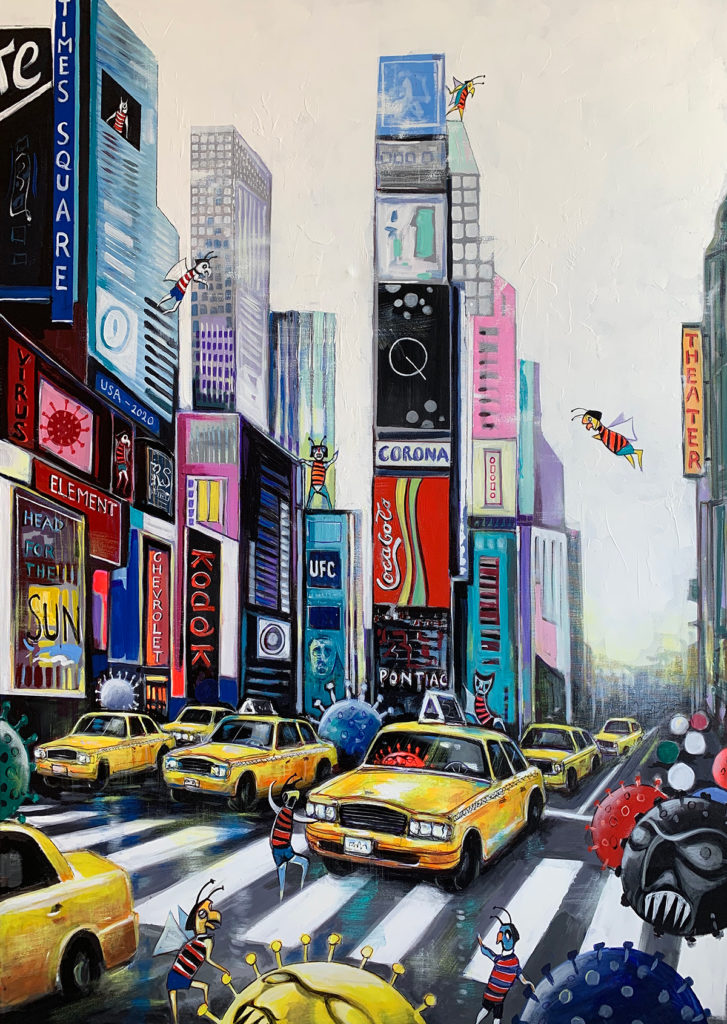 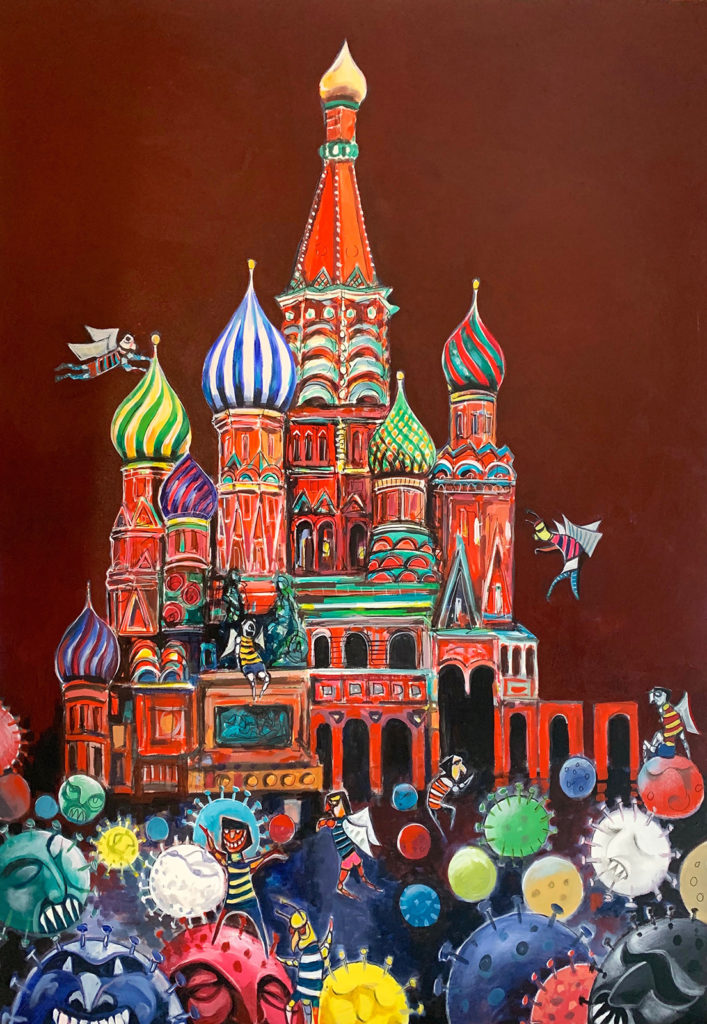 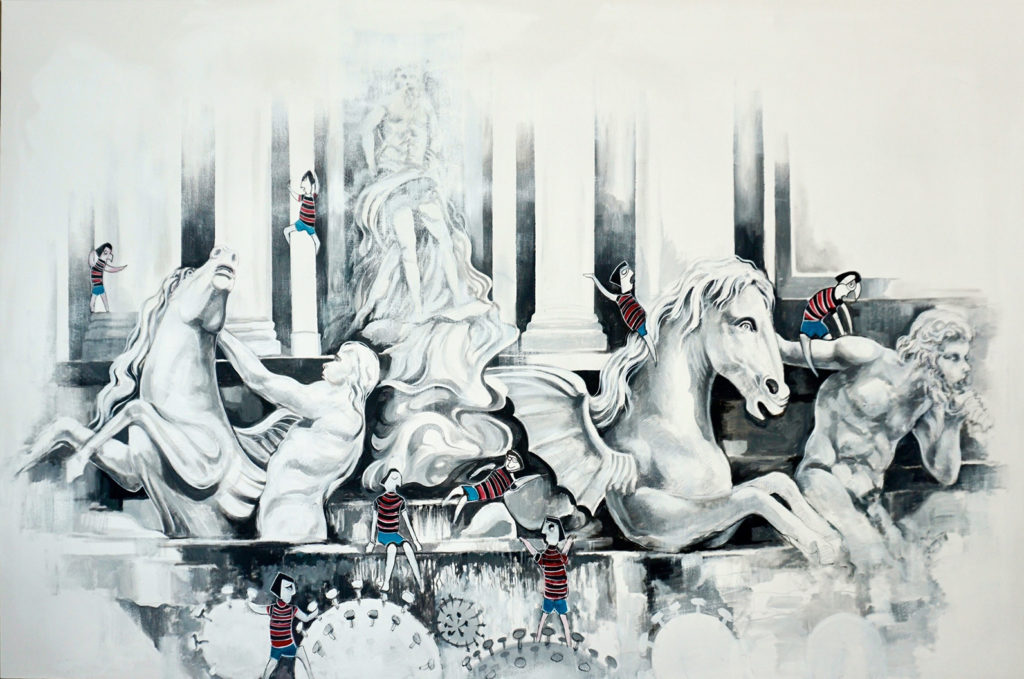 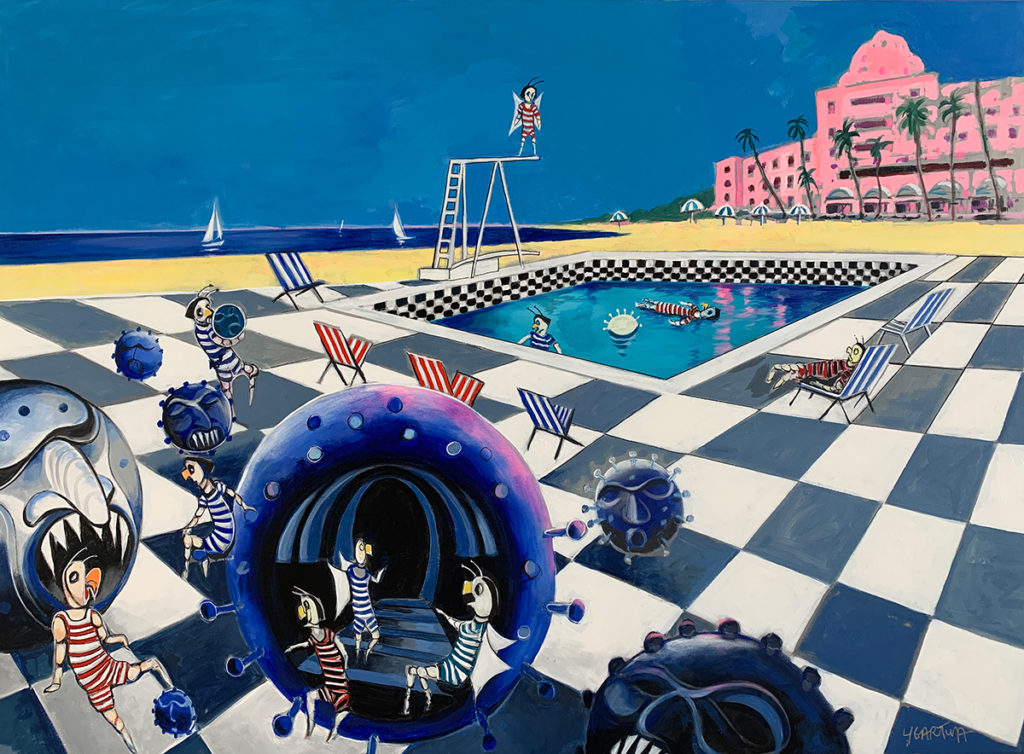