THE “POET LAUREATE” and “FATHER” of ROCK N’ ROLL 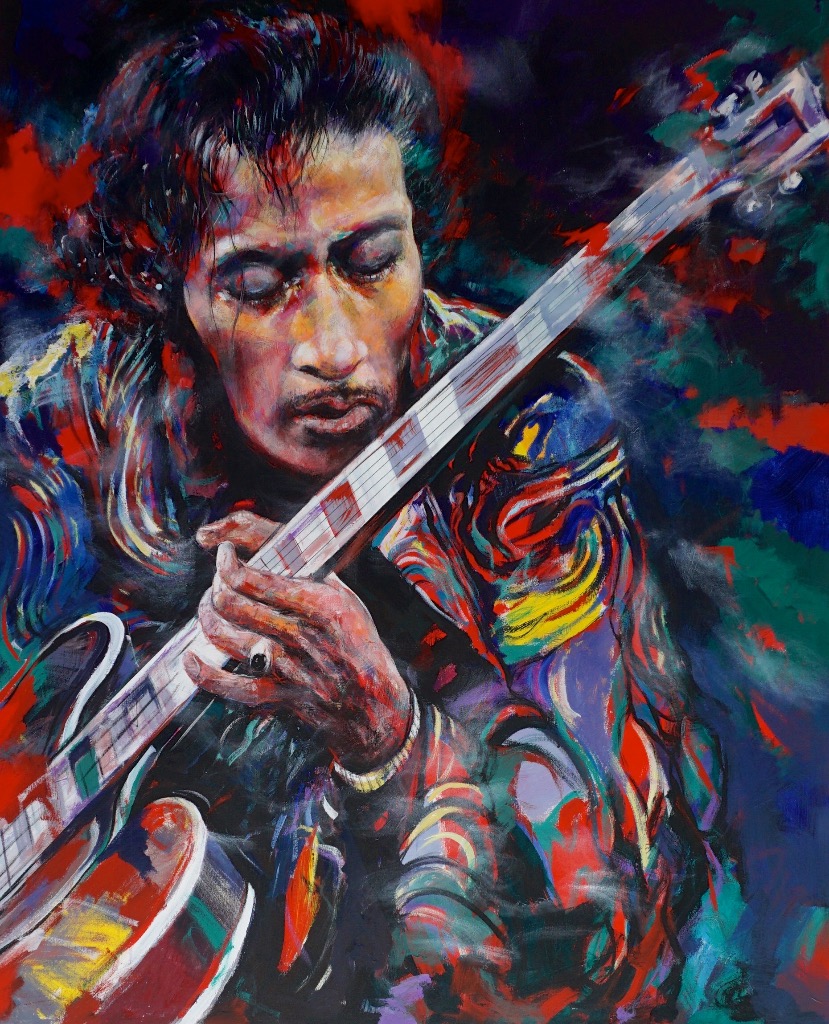 “Roll Over Beethoven” is a 1956 hit single by Chuck Berry originally released on Chess Records, with “Drifting Heart” as the B-side. The lyrics of the song mention rock and roll and the desire for rhythm and blues to replace classical music. There is a popular saying that a deceased person would “roll over in their grave” if they heard something that would have deeply disturbed them had they been alive. The title line of the song is a reference to how Ludwig van Beethoven would do just that in reaction to the advent of the new musical genre that Chuck Berry was leading. The song has been covered by many other artists and Rolling Stone ranked it #97 on their list of the 500 Greatest Songs of All Time.

“ROLL OVER BEETHOVEN” IS A 1956 HIT SONG WRITTEN BY CHUCK BERRY, ORIGINALLY RELEASED ON CHESS RECORDS SINGLE, WITH “DRIFTING HEART” AS THE B-SIDE. THE LYRICS OF THE SONG MENTION ROCK AND ROLL AND THE DESIRE FOR RHYTHM AND BLUES TO REPLACE CLASSICAL MUSIC. BERRY REVEALED HE ENJOYED THE BEATLES VERSION OF “ROCK AND ROLL MUSIC” BECAUSE OF HOW SIMILAR IT WAS TO HIS VERSION.  IMMEDIATELY AFTER, BERRY WAS ASKED WHAT HE THOUGHT OF THE BEATLES’ “ROLL OVER BEETHOVEN”.  SAME DIFFERENCE, HE SAID. THEY FOLLOWED THE MELODY AND EVEN MOST OF THE LICKS.

“In the early sixties I used to listen to Chuck Berry and Buddy Holly at the fairgrounds in New Brighton–ROLL OVER BEETHOVEN was sung all the time and one of my all-time favourites to dance to.  At the time we considered Chuck Berry – The King of Rock n’ Roll along with Buddy Holly – they were all the rage at the time and talent like that never dies. (this was before we even heard of the Beatles).

When I started the Laird School of Art in Birkenhead at 15 years of age, 1960 (very close to where I lived – on the other side of Liverpool and the Mersey River) my pal Derek Dunbar (who was also at the Laird School of Art and before I went to the Liverpool College of Art)  and I  used to go on weekends to The Cavern Club to listen to the amazing bands of the sixties – Gerry and Pacemakers, The Searchers, Rory Storm and the Hurricanes, The Roadrunners( who played later at the Cavern Club) and the QuarryMen – former name of the Beatle Group – were all there and this was all before Epstein and Ringo– and before the Beatles –who made the Cavern Club famous.

Now looking back I really felt blessed to be around such great bands who all played at the Cavern Club, (even before the Beatles).  Liverpool was a haven for new groups – it was like Nashville, just nothing but pop groups everywhere.

The Roadrunners were a group that I would help out with on the weekends, carrying their equipment to the different venues.  Being an assistant for the group also enabled me to get all the extras, no entrance charge, etc.  A few were at the Liverpool School of Art where I attended and where I also met John Lennon –just before they went to Germany, prior to the fortuitous meeting with  Brian Epstein, when everything changed –  starting with their name – the QuarryMen to THE BEATLES renamed by Epstein, their brilliant promoter that tragically overdosed, accidentally in  1967 at 32 years of age.

Chuck Berry, it brought back memories of the days when I was at the Fairground listening to his music and dancing to Roll Over Beethoven.