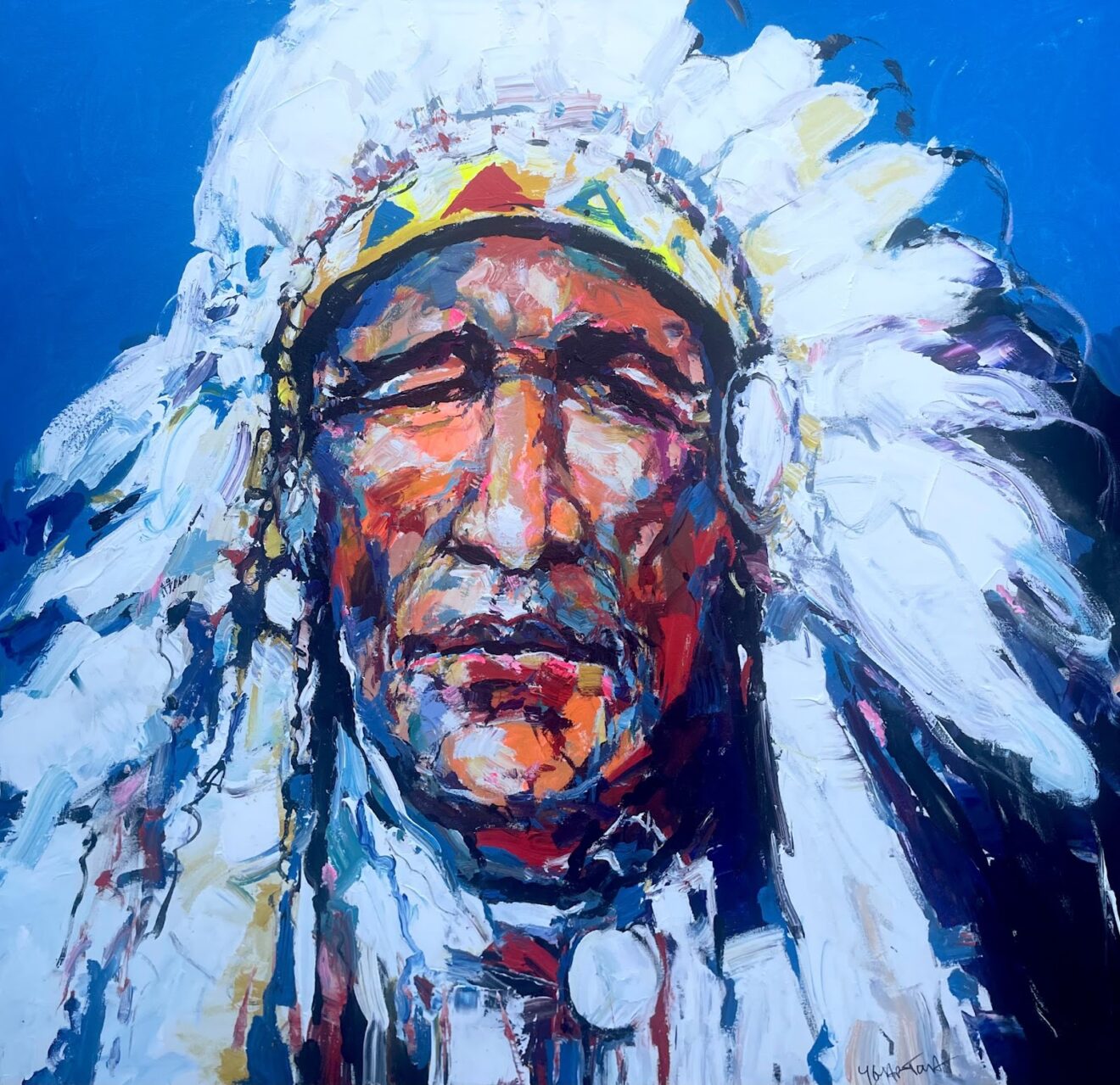 The Sioux or Oceti Sakowin are groups of Native American tribes and First Nations peoples in North America. The modern Sioux consists of two major divisions based on language divisions: the Dakota and Lakota; collectively they are known as the Očhéthi Šakówiŋ. Wikipedia

A painting of a Sioux Chief acrylic on canvas is a striking and powerful work of art that captures the strength, dignity, and wisdom of this iconic figure. The Sioux, or Lakota, are a Native American tribe known for their rich cultural traditions and their history of resistance against European colonization. A painting of a Sioux Chief depicts the chief in full regalia, with a feathered headdress creating a sense of pride and strength. This painting is created with acrylic paint on canvas, a durable and versatile medium that allows the artist to achieve a wide range of effects. These pieces are available for sale from galleries, art dealers, and directly from the artist, and make a beautiful addition to any art collection.