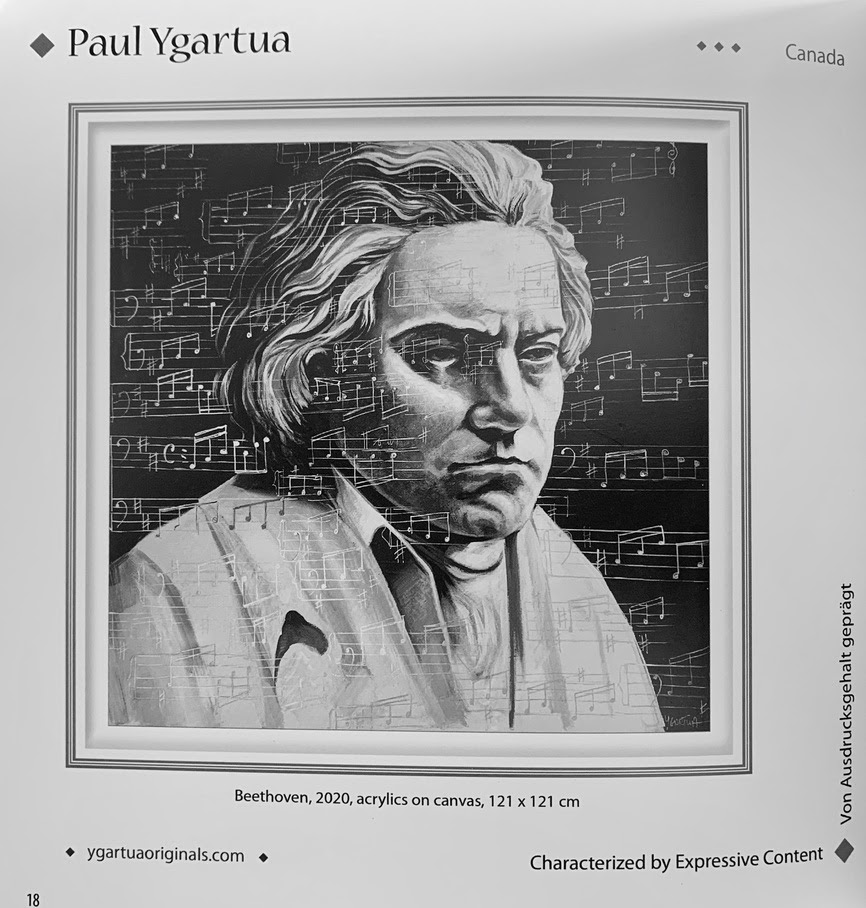 When Paul was invited by the German Art Book Co. to participate in the Moonlight Sonatas,  for Beethoven–-Mondscheinsonaten– a very special edition celebrating  his 250th Birthday–Paul symbolized his GENIUS by subliminally using the notes of the Moonlight Sonatas, layering them over his portrait  whereby they become part of his persona.

“I have always been influenced by great talent such as Beethoven, a brilliant composer who shattered musical boundaries and set the stage for how musicians and listeners would think about music for the next 200 years , up to modern day.  His brilliance will live on forever and it is extraordinary how his music has such a powerful influence over any listener. Upon listening to the Moonlight Sonatas one feels the power of his presence. And in kind, it stimulates my artistic juices to create new ideas and pass certain boundaries.”  Paul Ygartua

Beethoven’s music defies any one descriptor. At one moment it’s monumental and dramatic, the next intimate and heartfelt. It can be cerebral and mysterious, or lighthearted and fun. But one statement can be made in certainty: Beethoven’s music is unlike anything written before or since. Even now, 200 years after his lifetime, we look back at Beethoven as an artist whose creative genius was imaginative, uncompromising, and unprecedented.

“I admire Beethoven because of his lust for life through adversity–his speed and dedication to his passion gives me the same emotional feeling that I have for my art.”   Paul Ygartua

Ludwig van Beethoven was a German composer and pianist. Beethoven remains one of the most admired composers in the history of Western music; his works rank amongst the most performed of the classical music repertoire, and span the transition from the classical period to the romantic era in classical music. Wikipedia

Beethoven towers above classical music – influential, innovative and inspirational.  The composer was a revolutionary, breaking the rules, stretching musical forms to unleash emotion, and catapulting the Classical Era into the Romantic.  His music is all the more amazing because he wrote so much of it when he was almost or totally deaf.  At the end of the premiere of the Ninth Symphony, the composer had to be turned around to see the ovation he could not hear. 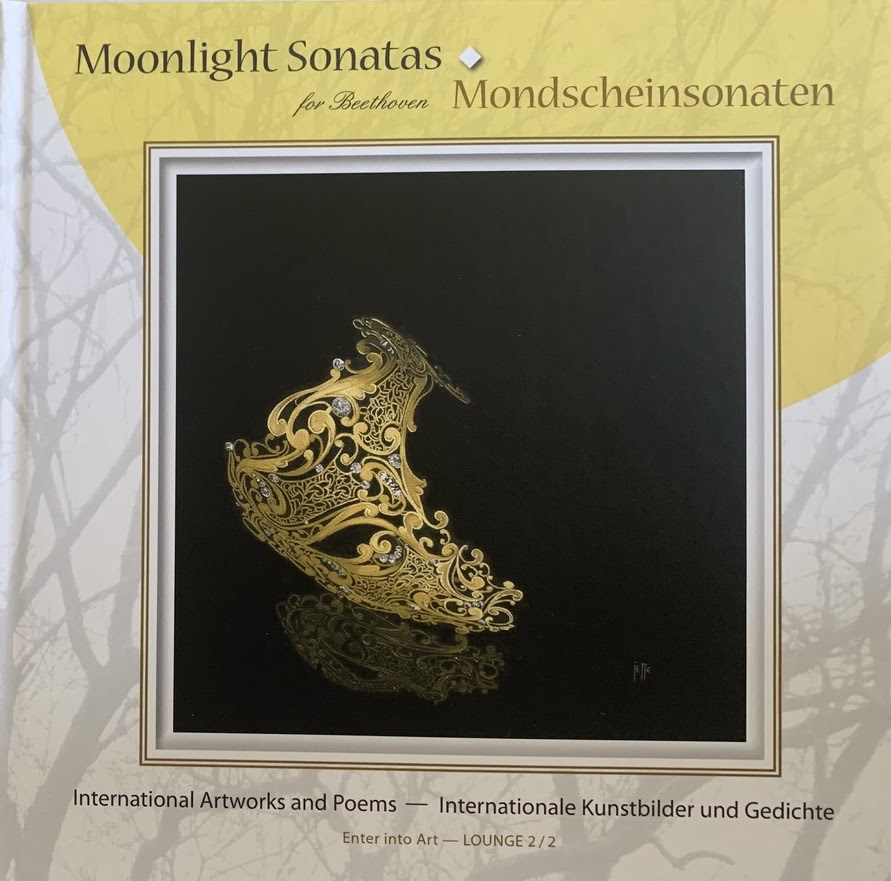