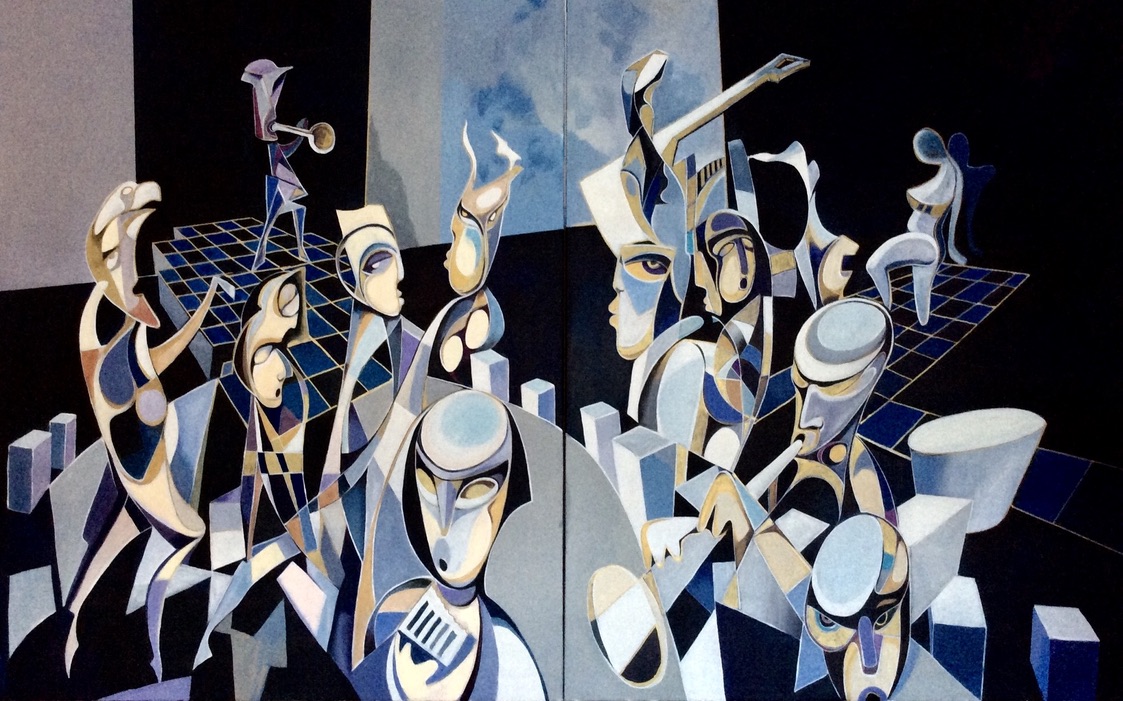 “Celestialism –my interpretation of connections between us and the extraterrestrials, allows me to delve into my imagination.”

“I am a multi-styled artist, one of my favourite styles is surrealism which allows me to create another world in my imagination, sometimes interpreting extraterrestrials, allowing me to distort reality and enhance the dramatic effect of the style and subject matter.

The inner surrealist in me enjoys interpreting what I see in a distorted exaggerated form, giving the subject an identity.  I believe that almost anything can be interpreted in a surrealistic manner, all it takes is a vivid imagination and the slight of hand, using colour to interpret the composition and balance with any form that could be surrealistically interpreted.”   Paul Ygartua 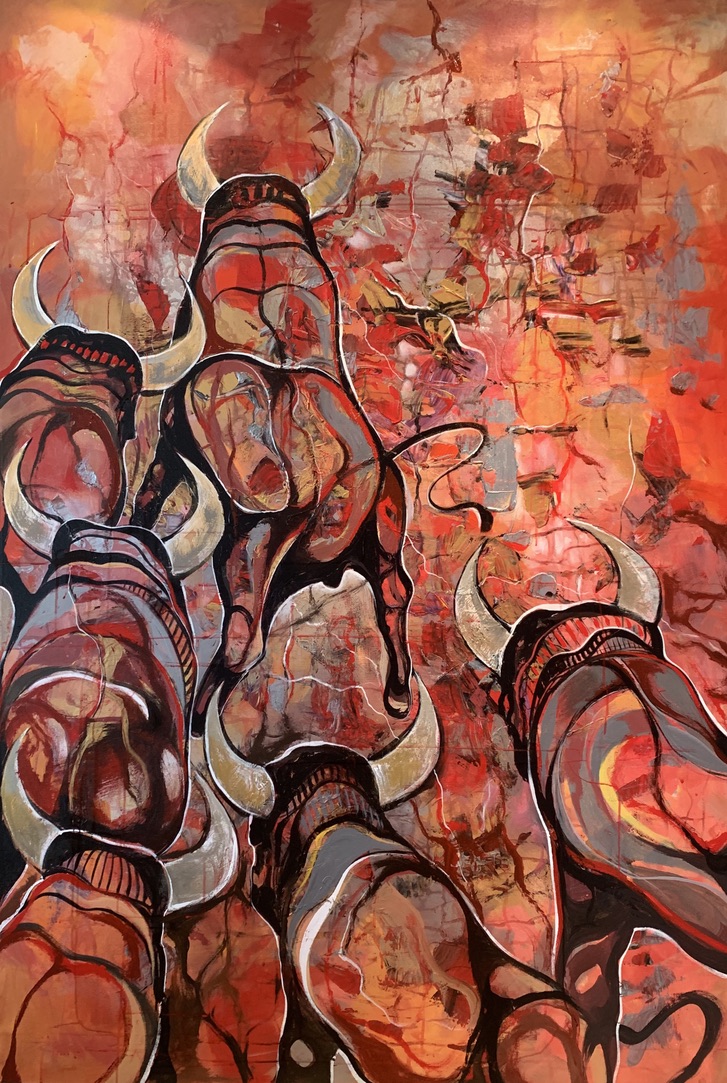 Here I am depicting the excitement, the colour, the blood, the aggression of the bulls in the fantasy of the chase.

My name is Ygartua, Basque and the bull was an important part of my upbringing when living in  the Basque Country.  Everybody talks about Pamplona and the Running of the Bulls, it is historical,  the San Fermin Festival that takes place yearly. One must go even if it is a once in a lifetime trip.  One summer in the Basque Country 1961, one of my friends from Gorliz asked me if I would like to go to St. Fermin Festival – it was only two hours from Gorliz, so I hopped on the back of his motorcycle and we left for the weekend.

All fiestas are celebrated the same way, a lot of  drinking, eating, socialising, etc..  We soon figured out that drinking all night is when accidents happen.  It is usually only the foreigners who think they can run faster than a bull.  It is not just running faster, it is for one kilometre that you have to keep up the same speed and the locals train all their life for this run.–only professionals know how to do it.  My adventure back in 1961 led me to believe that unless you are an expert with knowledge of how to run with the bulls then best to stay on the other side of the boarded streets- and as we did-be a spectator.

The festival of San Fermín is a weeklong, historically rooted celebration held annually in the city of Pamplona, Navarre, in northern Spain. The celebrations start at noon on July 6 and continue until midnight on July 14. A firework starts off the celebrations and the popular song Pobre de mí is sung at the end. Wikipedia 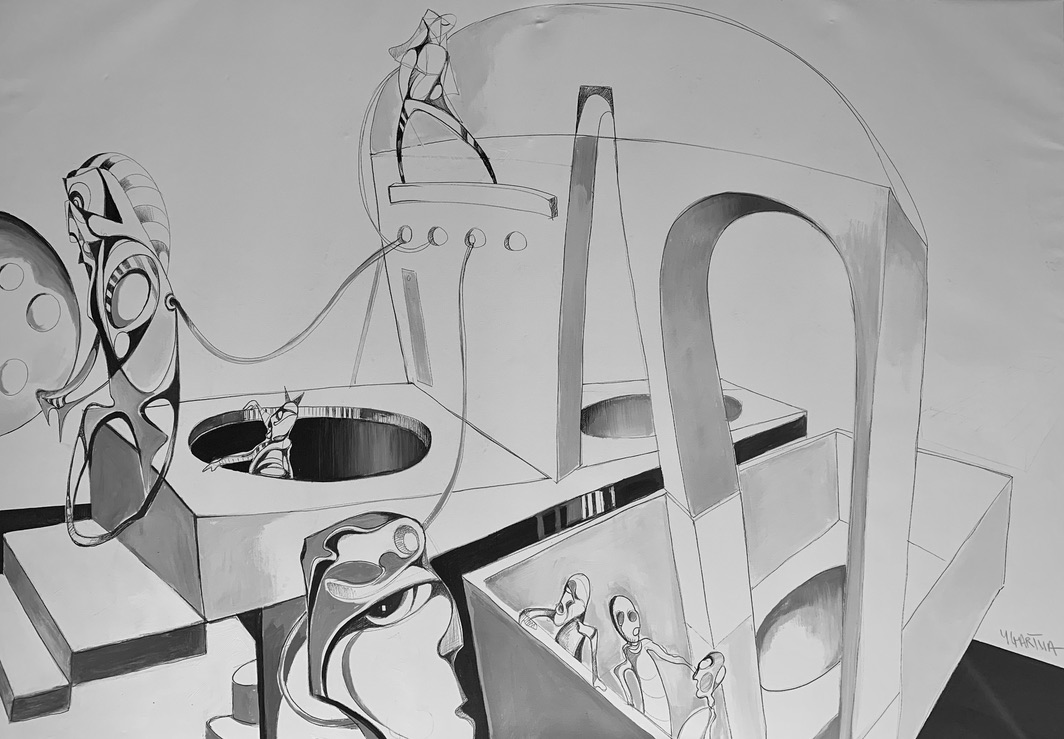 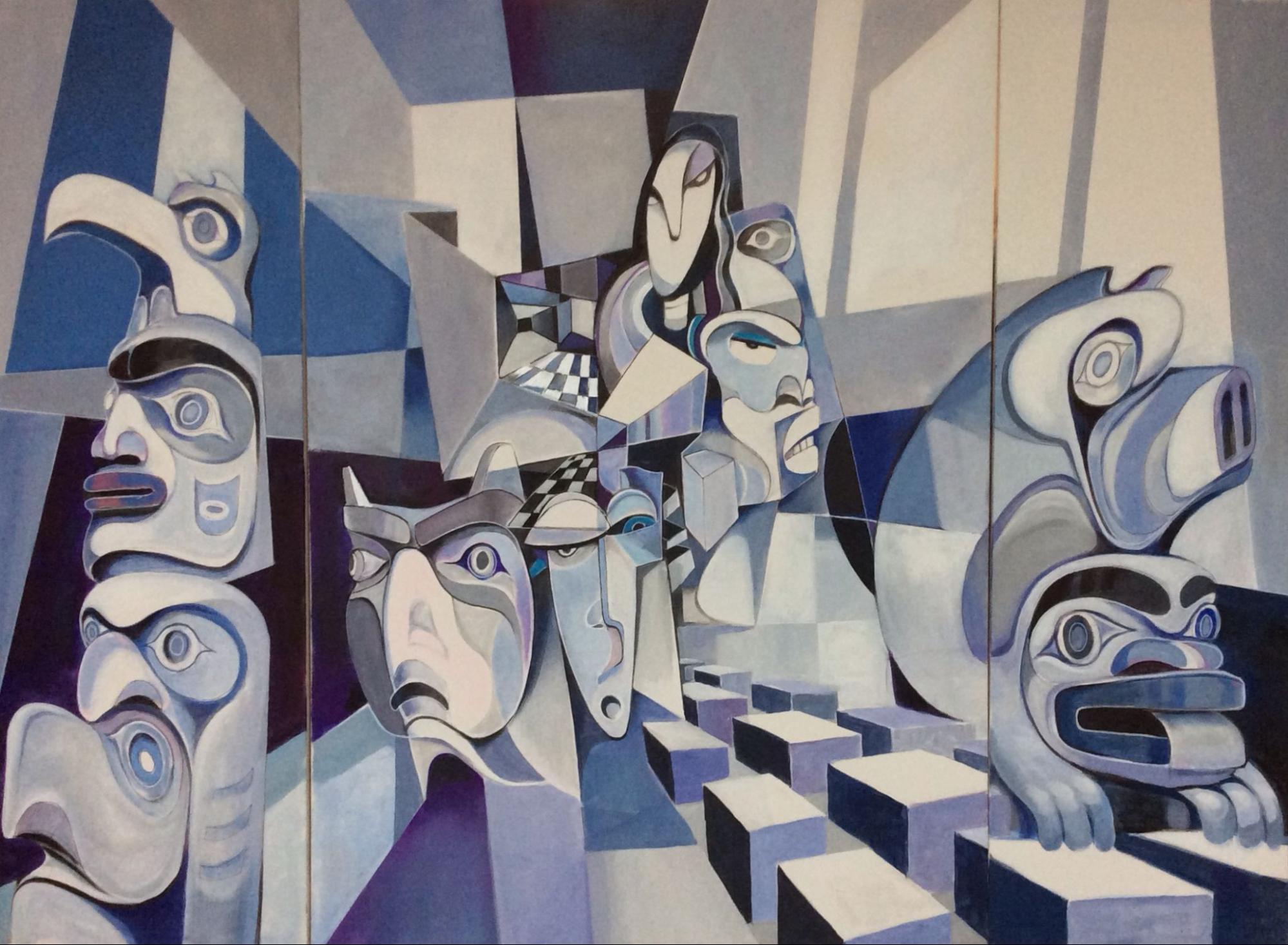 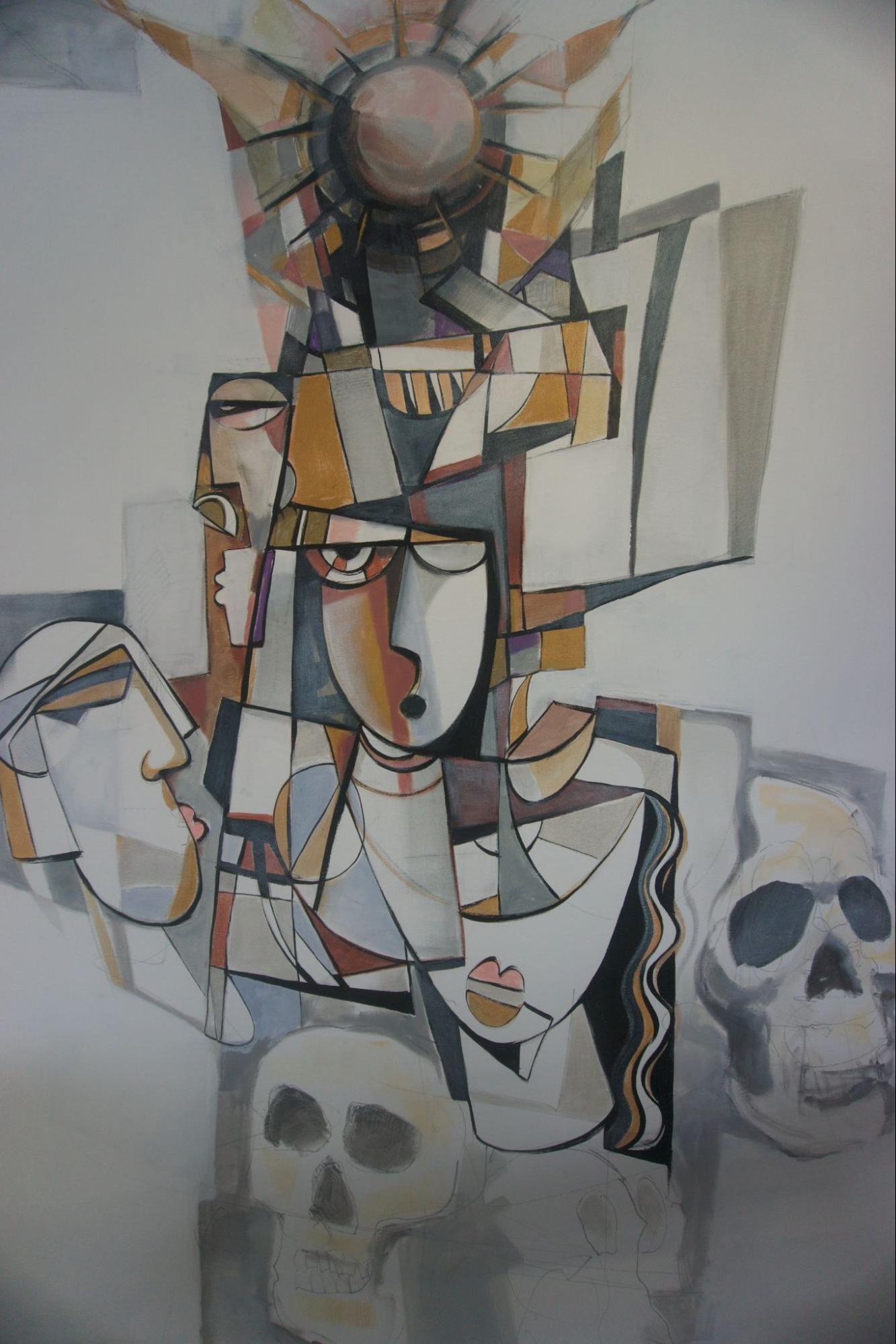 Neosurrealism or Neo-Surrealism is an artistic genre that illustrates the complex imagery of dream or subconscious visions and irrational space and form combinations. The term has been given to the reappearance of the well-known surrealism movement in the late 197Os….Wikipedia