I am a multi-styled artist, one of my favourite styles is surrealism which allows me to create another world in my imagination, sometimes interpreting extraterrestrials, allowing me to distort reality and enhance the dramatic effect of the style and subject matter.

The inner surrealist in me enjoys interpreting what I see in a distorted exaggerated form, giving the subject, (for example) a bullfight in black and white creates the depth that in colour would not create the same perspective, mixing line and design demonstrating the power of the bull and the corrida.But below I have experimented with the Running of the Bulls in colour and here I have portrayed the aggression, the fear one has of the bull and the red is perfect portraying

I believe that almost anything can be interpreted in a surrealistic manner, all it takes is a vivid imagination and the slight of hand, using colour to interpret the composition and balance with any form that could be surrealistically interpreted.”  Paul Ygartua

SURREALISM takes you to another level, it is prompted if an artist can delve into his subconscious, but generally for Ygartua it is not planned. It stems from his imagination rather than rational thought – giving us the opportunity to  think more deeply about the subject he has chosen –global issues, the world in chaos, wars of the past, wars of the future.  It allows us to see art in its purest form. 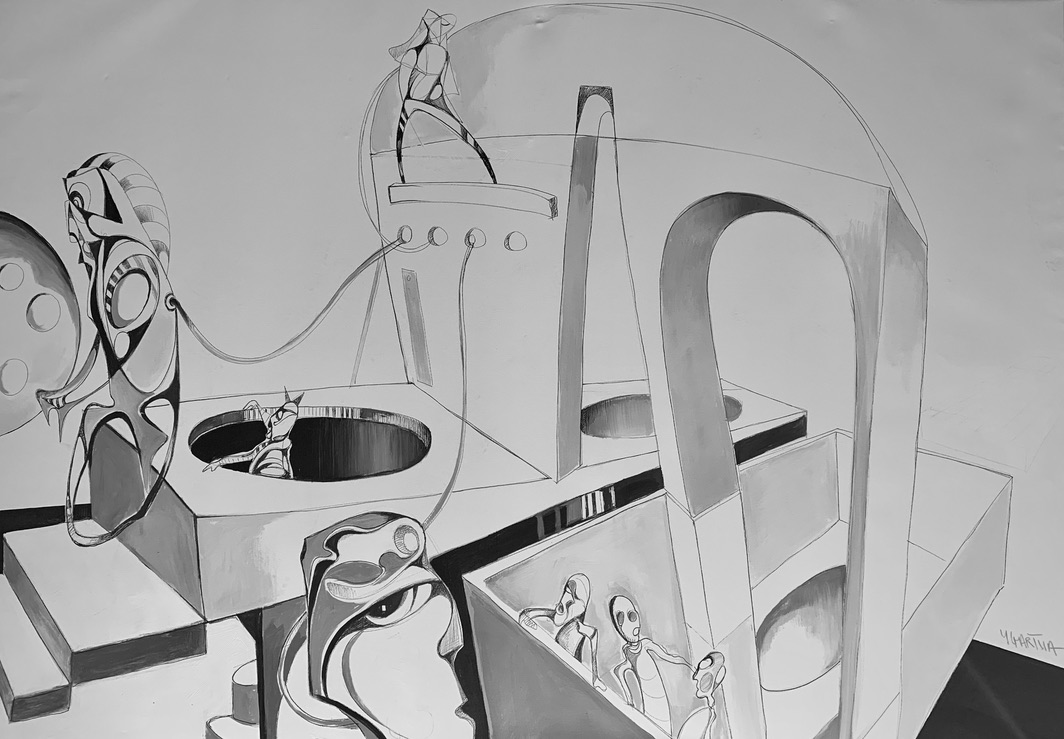 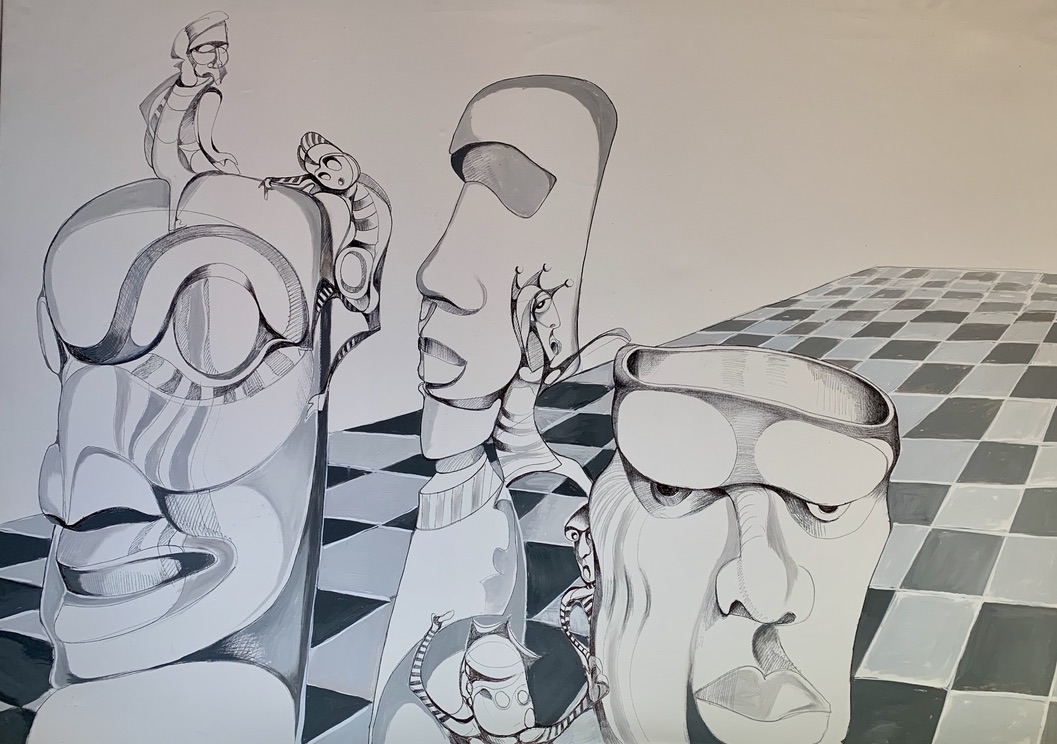 Ygartua’s imagination is endless, the depth of concentration when he is working surpasses the norm, and yet, you can interrupt him at any time and it seems to not matter, he can then return to his work of art and pick up where he left off.  He is not temperamental – he has everything under control, always confident with a never ending path. It is like he can always see the path in front of him so there is no hesitation, no confusion, he just continues – a natural ability, a gift.