“Sometime in the 80’s I was commissioned to do the above painting of Napoleon, subsequently, we had the opportunity to buy it back 20 years later– at the beginning of the millenium. It now remains one of our most valued paintings and is in our  YGARTUA FAMILY COLLECTION.

On occasion I get interesting commissions that I would never have committed to if it weren’t for the client who is so passionate about a particular subject. Once commissioned I have to do some research and even though everybody has heard about NAPOLEON’S Retreat from Russia; I don’t believe that I had ever come across this painting –Unknown Painter – that was on the cover of TCHAIKOVSKY’S , now vintage album-OVERTURE 1812.

This famous painting Napoleon’s Retreat from Russia 1812 graced this vintage  album cover.  It was captivating to begin with and what made it even more interesting for me, was the combination of the Historic subject matter of the Russian War of 1812 and becoming familiar with Tchaikovsky’s 1812 Overture written especially for Russia – to commemorate the successful Russian defence against Napoleon’s invading Grande Armee in 1812.  OVERTURE 1812  is one of the best-known pieces ever composed, the 1812 Overture was written in 1880 by Pyotr Ilyich Tchaikovsky.

Upon hearing this extraordinarily powerful music, (quite fitting for this painting) – it was emotional and inspiring and I felt an obligation  to capture the essence of this subject , it was monumental. Through the music  I actually felt that I was in Russia, suffering the terrible hazardous winter weather and the onslaught of the Russian army closely behind.   Napoleon defeated, yet proudly astride his stately white stallion–Marengo – porting  his military attire with his traditional outfit- his heavy winter overcoat and his historical two cornered hat – The Bicorne. I worked solely from Tchaikovsky’s album cover.” 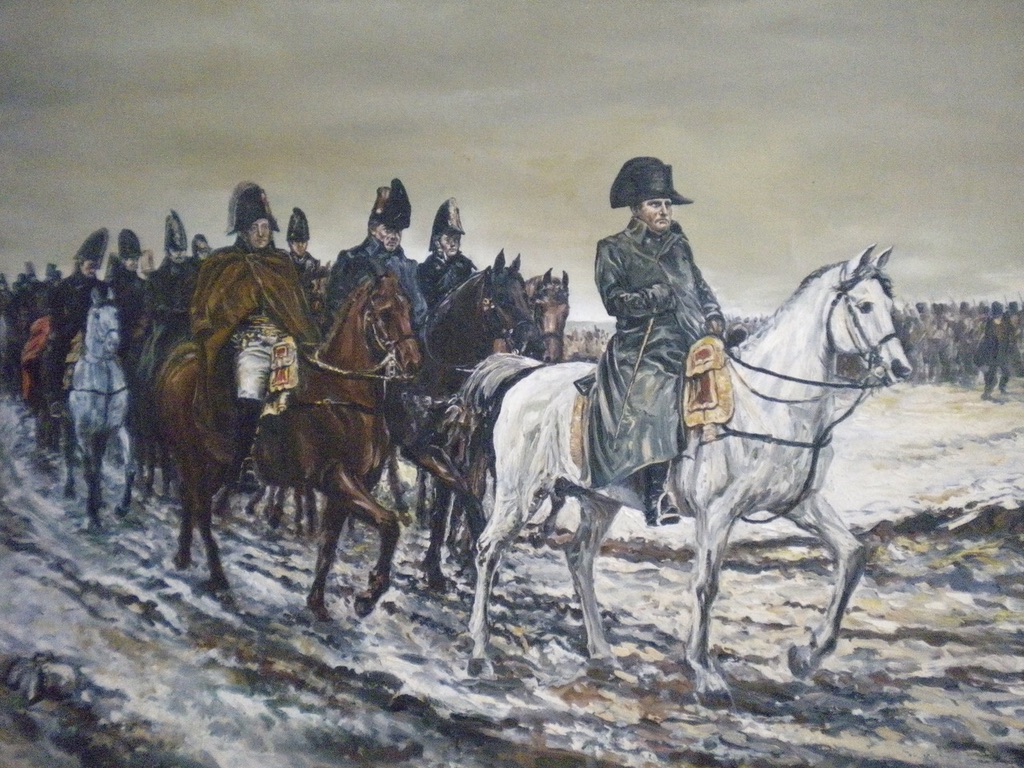 The Russians refused to come to terms, and both military and political dangers could be foreseen if the French were to winter in Moscow. After waiting for a month, Napoleon began his retreat, his army now 110,000 strong, on October 19, 1812

The year 1812, Solemn Overture, popularly known as the 1812 Overture, is a concert overture in E b major written in 1880 by Russian composer PYOTR LLYICH TCHAIKOVSKY  to commemorate the successful Russian defense against Napoleon’s invading Grande Armee in 1812. 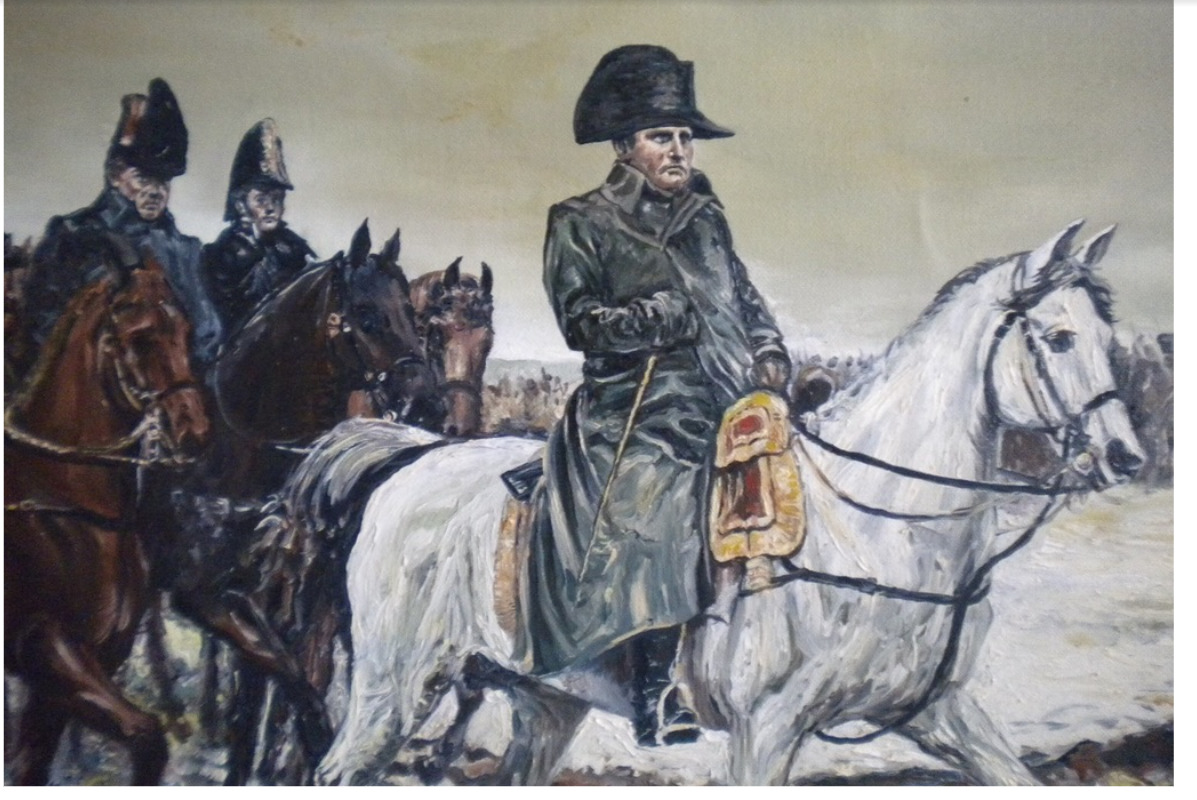